My son gave out an army man valentine for a Valentine’s Day party we got to attend. When my husband saw what our kids were giving he said, “Do people not do candy anymore?” I said, “variety.” It’s nice to have variety and I knew they would be getting plenty of candy. If you want to see what I gave see previous post. (I got to give some out!!) We had army men left over from the dollar store for another project. I went to Hobby Lobby and found camouflage paper and looked up army fonts on dafont.com. The military looking font is called “Army Rust.” I simply taped the army men to the back of the paper. These were so easy and inexpensive to put together. Plus, we had some fun lining up the army men and reorganizing them. He was thrilled to hand out valentine’s for the first time this year. There are still a lot of army men left in the bag so this might even be next year’s valentine too (as long as there are different mom’s at the party I’m ok doing this). 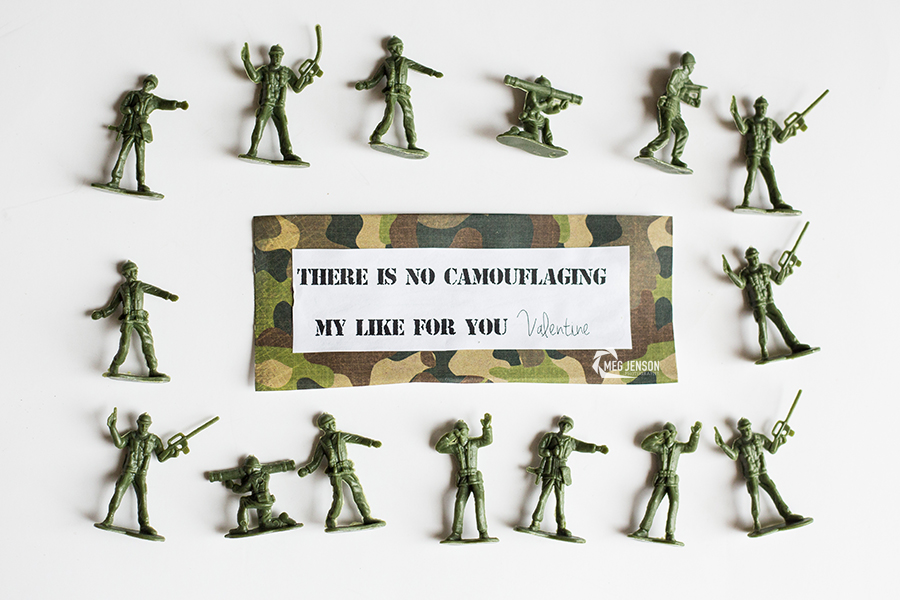 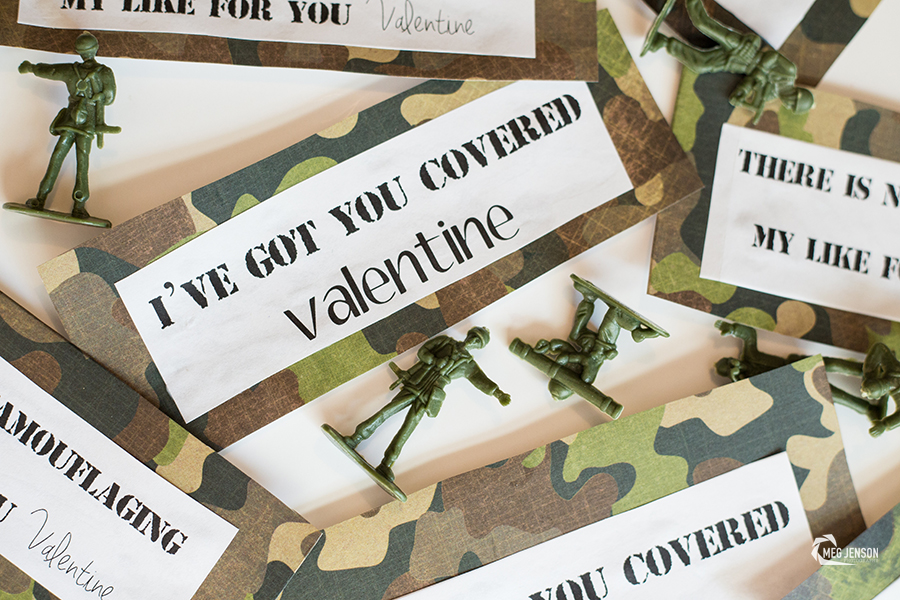