This is a continuation of our family vacation to Miami and Key West. The first part of our trip can be read here. After the Everglades we started the drive to Key West. A lot of pictures I saw of Key West were these huge bridges that had ocean on either side of them. Once I drove there I realized most of the drive was on islands, and short bridges with some views of the ocean. Anyways, we stopped on Islamorada to visit Robbie’s to feed the Tarpon. I had no idea how huge Tarpons were nor did I think we would be feeding them actual (dead) fish. I was envisioning feeding bread to something like Koi fish. These Tarpon were clearly used to being fed so they were a little aggressive and fast! They were like bullets charging after the fish. My brother in laws were laying on their stomachs, holding out their arms until the last possible second with the hopes to have the Tarpon jump out of the water. They had success- Tarpon can definitely jump! My husband also gave it a go and left his hand out a little too long and the Tarpon got his forearm/hand for a few seconds. He had minor abrasions along his arm from the Tarpon’s grip. Craziness. I would definitely recommend this stop. It was great fun for all ages. 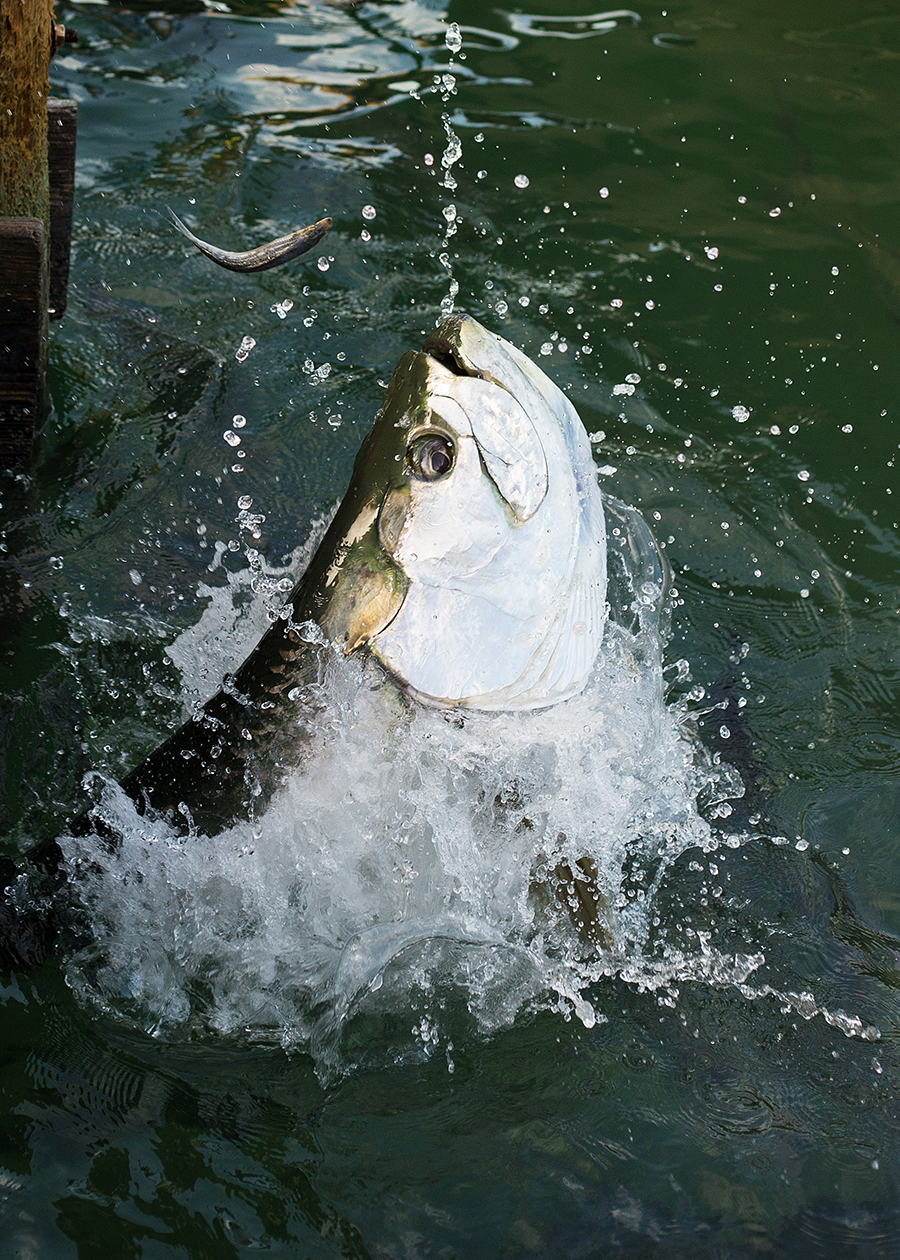 After Islamorada, we found our hotel in Key West. We stayed at the Sheraton Suites and really enjoyed it. Although I will say that it is really easy to push the emergency button on their phones. We had the hotel staff knocking on our doors at 11 pm one night making sure we were OK. Slightly embarrassing. I won’t say who did it but I’m pretty sure they are less than four feet tall. It was late and we got pizza and gelato from Duetto Key West. It really hit the spot after a fun filled day in the Everglades and driving through the Keys.

The next morning we had breakfast at Banana Cafe. Most of the party I was with had the crepes. I had the Swiss Veggie which was scrambled eggs topped with ratatouille and Swiss cheese. I thought ratatouille was a great idea and I’ll have to try it at home one day. The waiter was hilarious and so kind. While waiting for our food my son was using a knife to chop up the paper napkins. He was content and not harming himself or anyone else so I just let him be.  ~I was planning on cleaning up after him~. Anyways, our waiter saw him chopping and brought over a huge stack of napkins for him to chop up. I’m grateful he had a good sense of humor.

After breakfast, we spent a few hours at the Butterfly and Nature Conservatory. I could have spent all day in there (mostly to photograph them). The butterflies were so fun to watch, fly around, land on my kids heads, give them butterfly kisses and photograph! They are so fast it was tricky to photograph them in flight. There were also flamingo’s and a few other birds in the conservatory. It was pure magic for everyone. 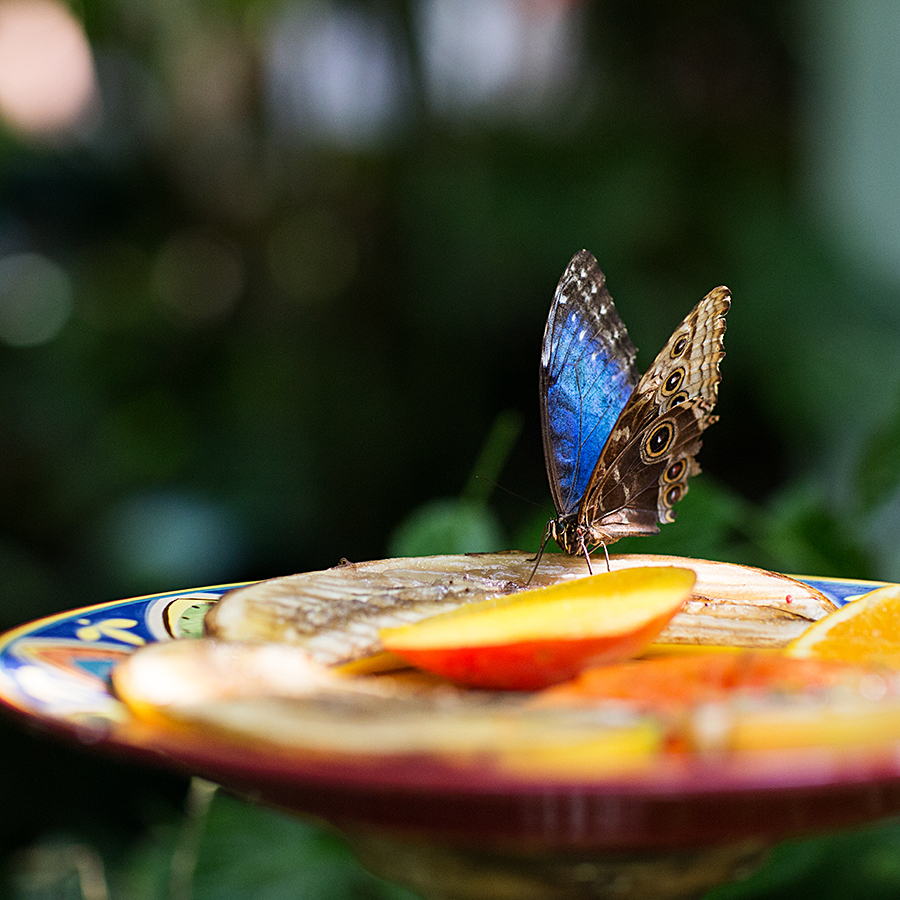 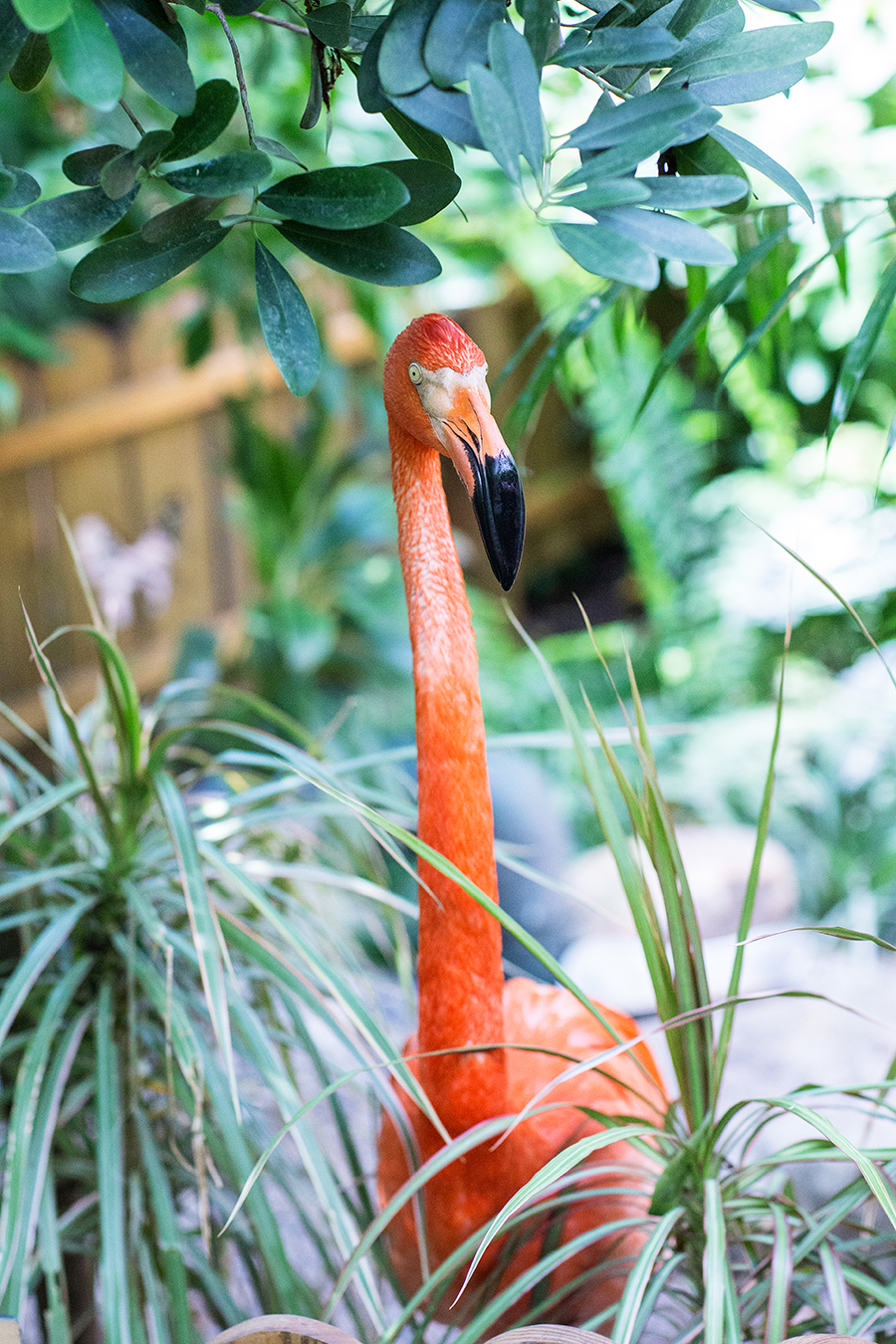 After the butterfly conservatory, we walked over to the southern most point to snap a photo. Then we walked to and up the lighthouse. My kids were such rock stars walking all over Key West in the heat and up the 88 stairs of the light house. Then we took a break for lunch. Some went to Five Guys and I went to Smoothie Shuttle. I just wanted something cold to drink. It was perfect. Plus, I knew we were about to go get some Key Lime Pie so I didn’t want a ton of food. I love Key Lime Pie. My mother in law had seen the Key Lime Pie Company on the Profit so that’s where we went. We got the original, blood orange (tasted like orange creamsicle to me) and strawberry key lime pies. My sister in law got the key lime pie dunked in chocolate. 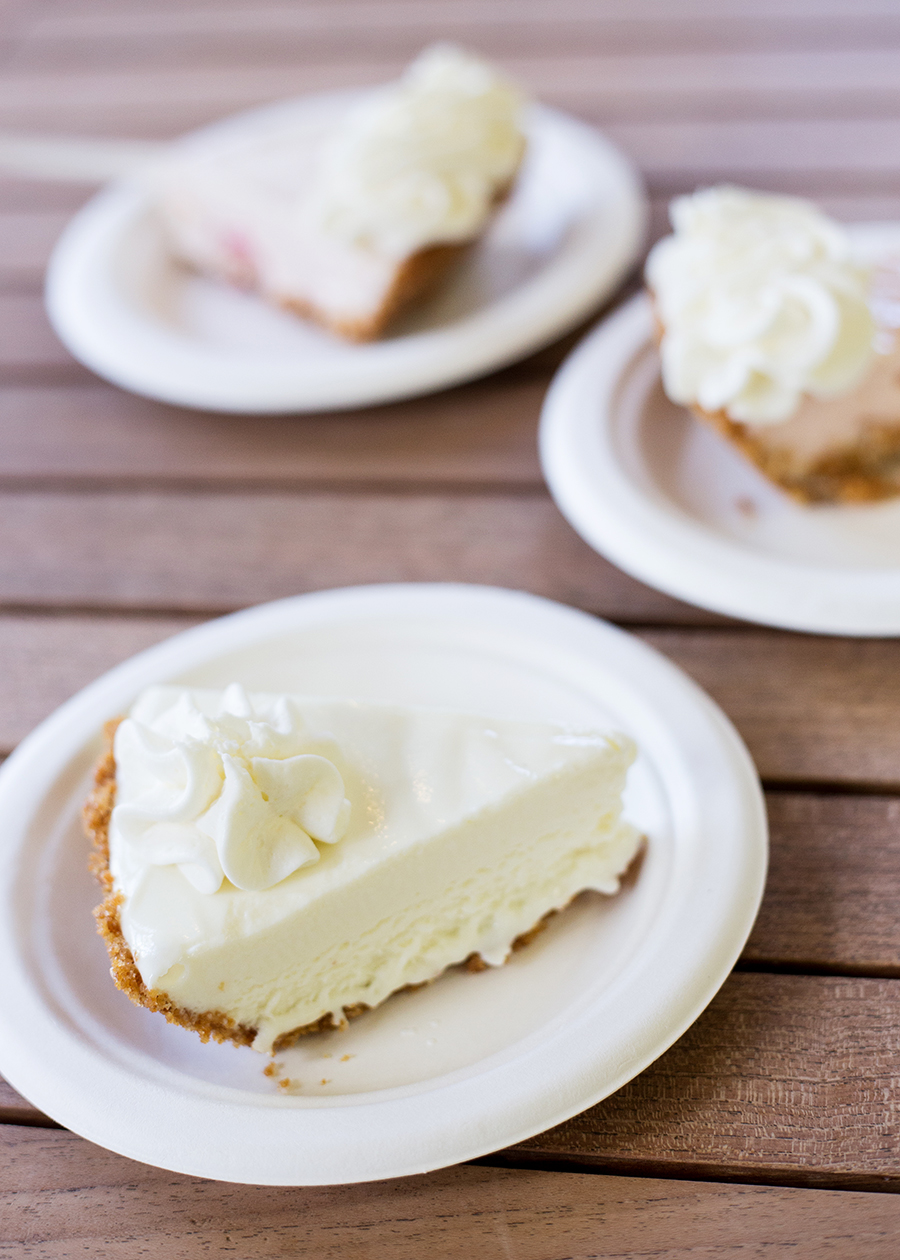 After our afternoon snack (vacations are all about the food too aren’t they), we went to the Shipwreck Museum. Some of the reviews online said that the museum was small so I wasn’t sure if I would like it. We spent about an hour and half at the museum. My favorite part was their staff dresses up in a sailor’s attire and talks about the history of Key West, pirates and treasure in the area. Once they finished talking, they set you free to explore the museum on your own. We walked through some stores then headed back to the hotel. We ended up ordering in dinner to the hotel for speed and convenience (from Duetto’s again!). Then hit the hotel’s pool for the evening. It was another great day. 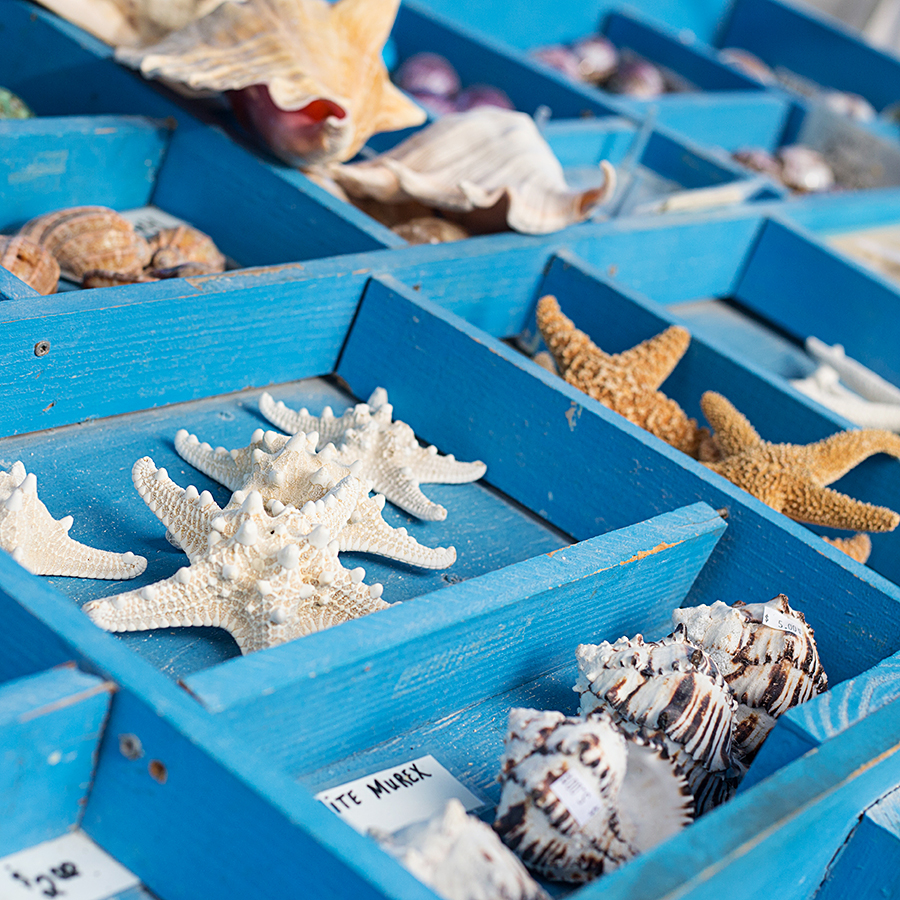 The next day we went shore snorkeling at Fort Zachary Taylor. We didn’t have time to see the Fort because we were out snorkeling for about two and half hours. The kids were even able to see the colorful zebra fish through the Key’s crystal clear water. I’m so grateful for our family to help with the kids because we tag teamed with them who was watching the kids in the water while we snorkeled. We went back to the hotel, showered and packed up and left to go back to Miami. We stopped in Key Largo for a combined lunch/dinner (linner?) at Key Largo Fisheries. It was a cafe/ fishmarket/marina. It was delicious and so filling. I had a Mahi Mahi sandwhich, the kids had shrimp and my husband had a Lobster BLT. We dined on the covered deck, next to the marina with a cool breeze and live music. Once we ate we headed back to Miami. We spent the night again at the St. Regis. That evening we went to the beach and enjoyed the pool at the resort. The next morning I woke up early to catch the sunrise at the beach (I went solo it was so peaceful), then we went to an hour of church, had lunch and drove back to Jacksonville. We had a busy but wonderful five day trip down to Miami & Key West. 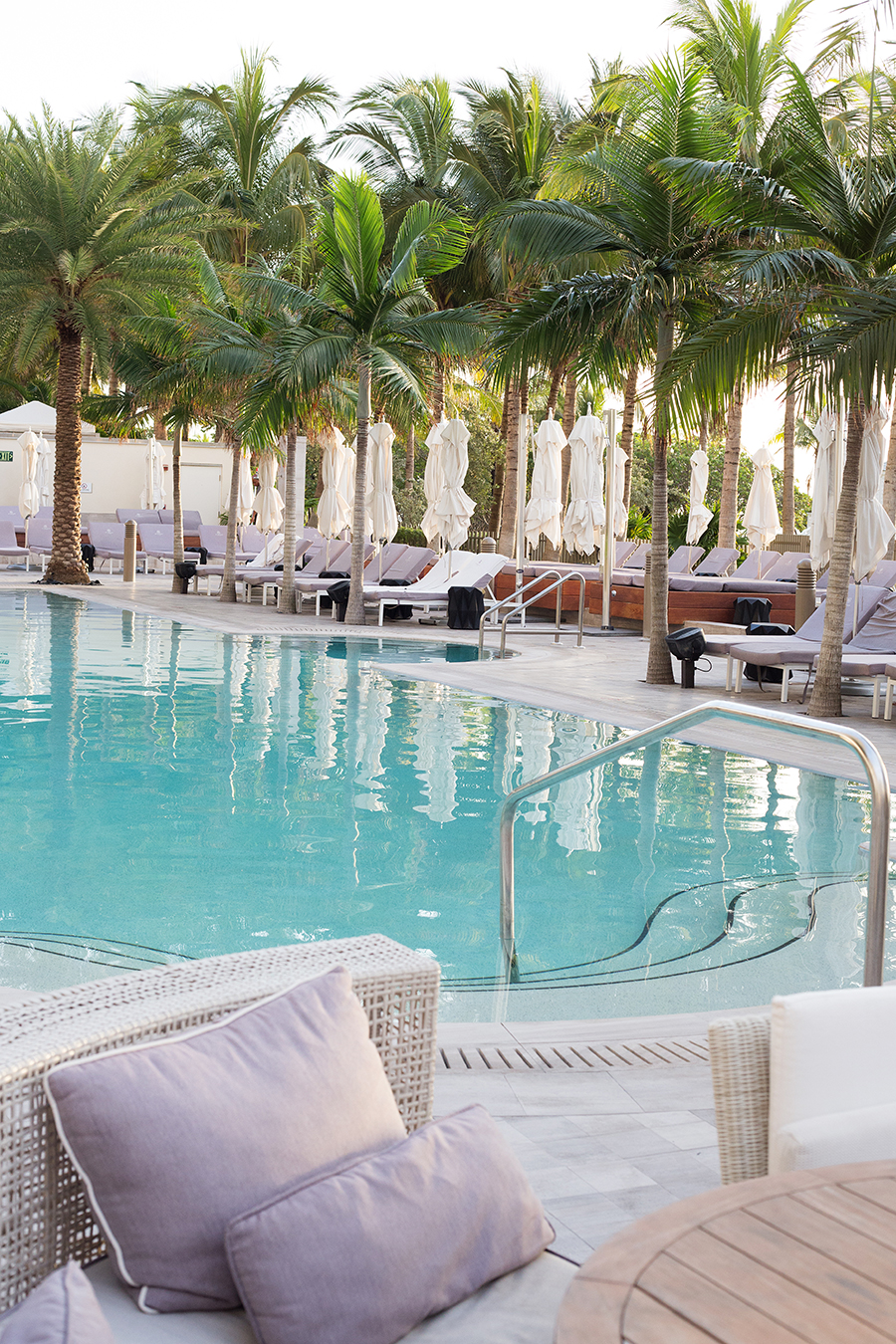