Don’t Forget where you parked. We took pictures of where we parked just so we didn’t forget. 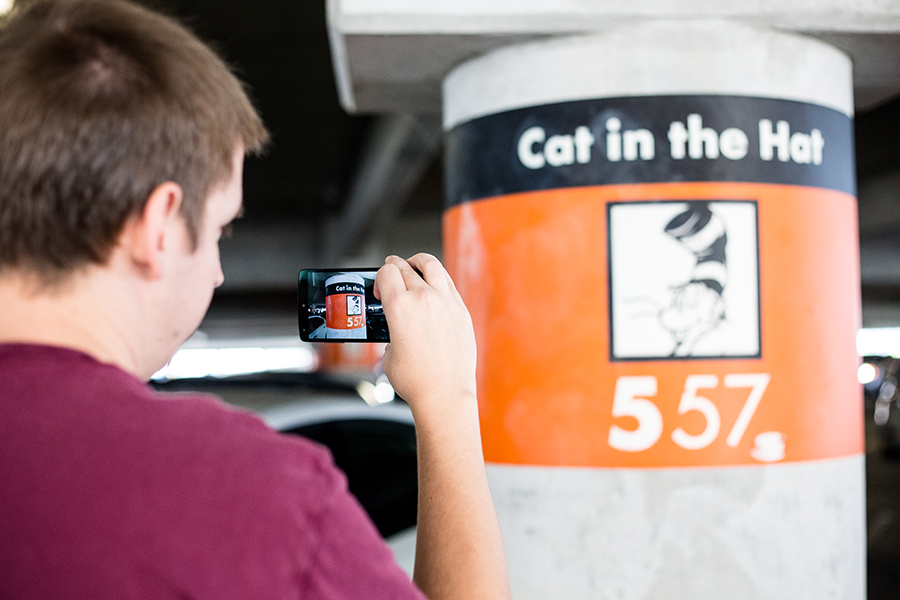 A lot of people asked us why we got passes to Universal Studio’s first rather than Disney World and it was mainly because we wanted to see Harry Potter World. We eat breakfast at the hotel (or eat it on the way into the theme parks) bring snacks for lunch and eat out at an amusement park for dinner. We ate at both of the Harry Potter restaurants (The Three Broomsticks and the Leaky Cauldron) and had Ice Cream at Florean Fortescue’s Ice Cream Parlour. I had the Earl Gray and Lavender Ice Cream. When I go out to eat I like to go places with food that I don’t typically cook for myself. A lot of the food choices at Universal Studio’s are considered American (Burgers, Pizza, Lasagna/Italian) so the Harry Potter Restaurants were the most diverse/unique food at the theme parks.  We’ve also eaten at Mythos Restaurant and Classic Monster’s Cafe. Close by Mythos Restaurant is a quick service restaurant and it’s called “Doc” Sugrue’s Desert Kebab House. We have eaten there and I would recommend getting food from their because again its ethnic and the kebabs are quite tasty. Where have you eaten when you’ve gone to Universal Studios? Do you eat multiple meals inside the park? 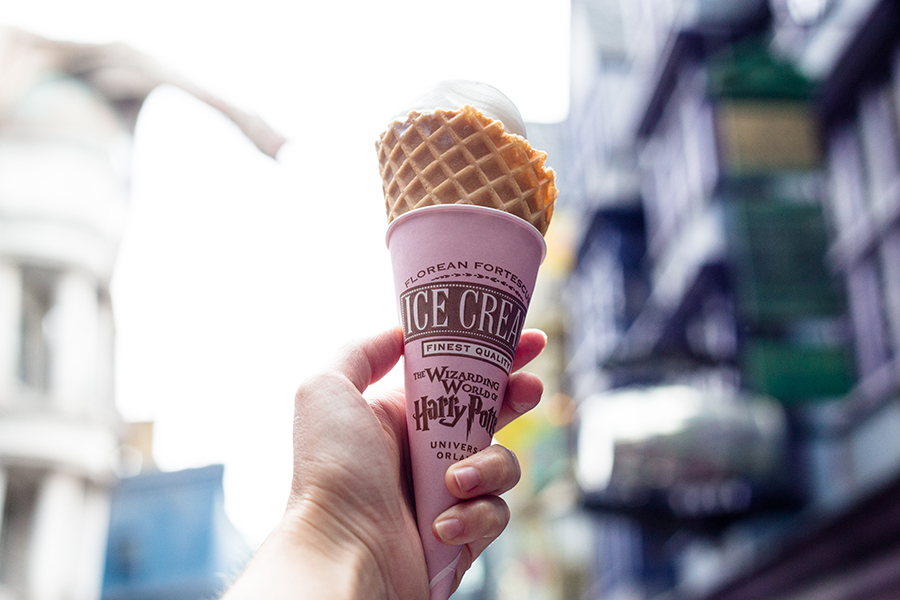 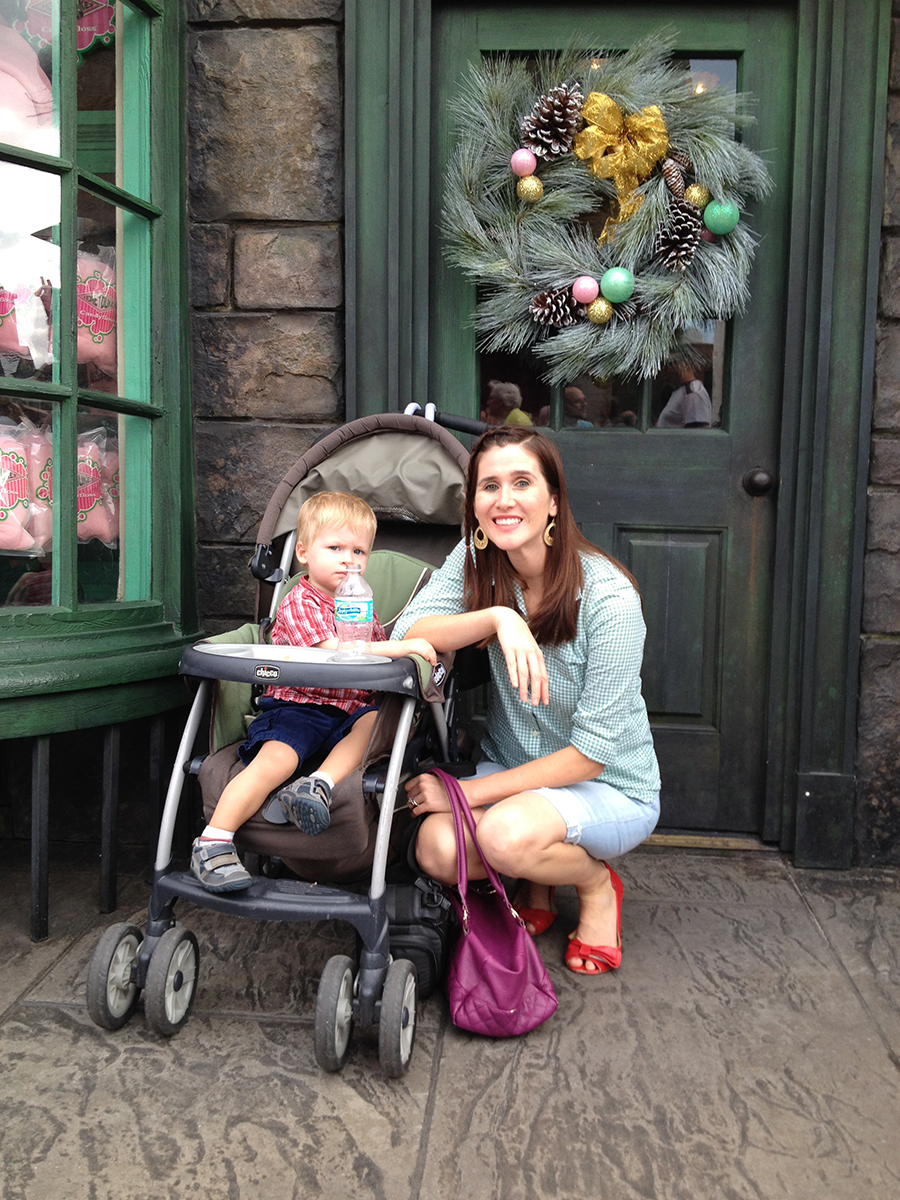 Universal Studio’s has Halloween Horrow Night which I have been to but it’s been over 15 years. I remember it being a fantastic experience (very creepy). We have a young crew at our house now so we didn’t participate in it (this event costs additional money). We did make a point to go during Christmas Time to See How the Grinch Stole Christmas Show. It follows the story and movie pretty closely. I was so impressed by the costumes to make them all look like “whos”.  Here is a cell phone picture of us getting to meet the who’s after the show. The Christmas show was included in regular admission to Universal Studios. 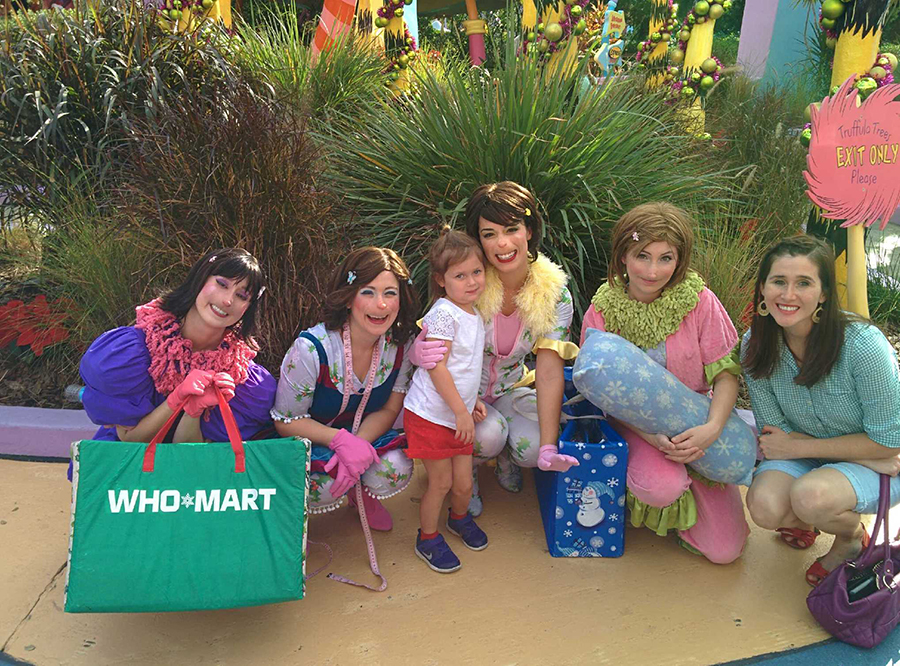 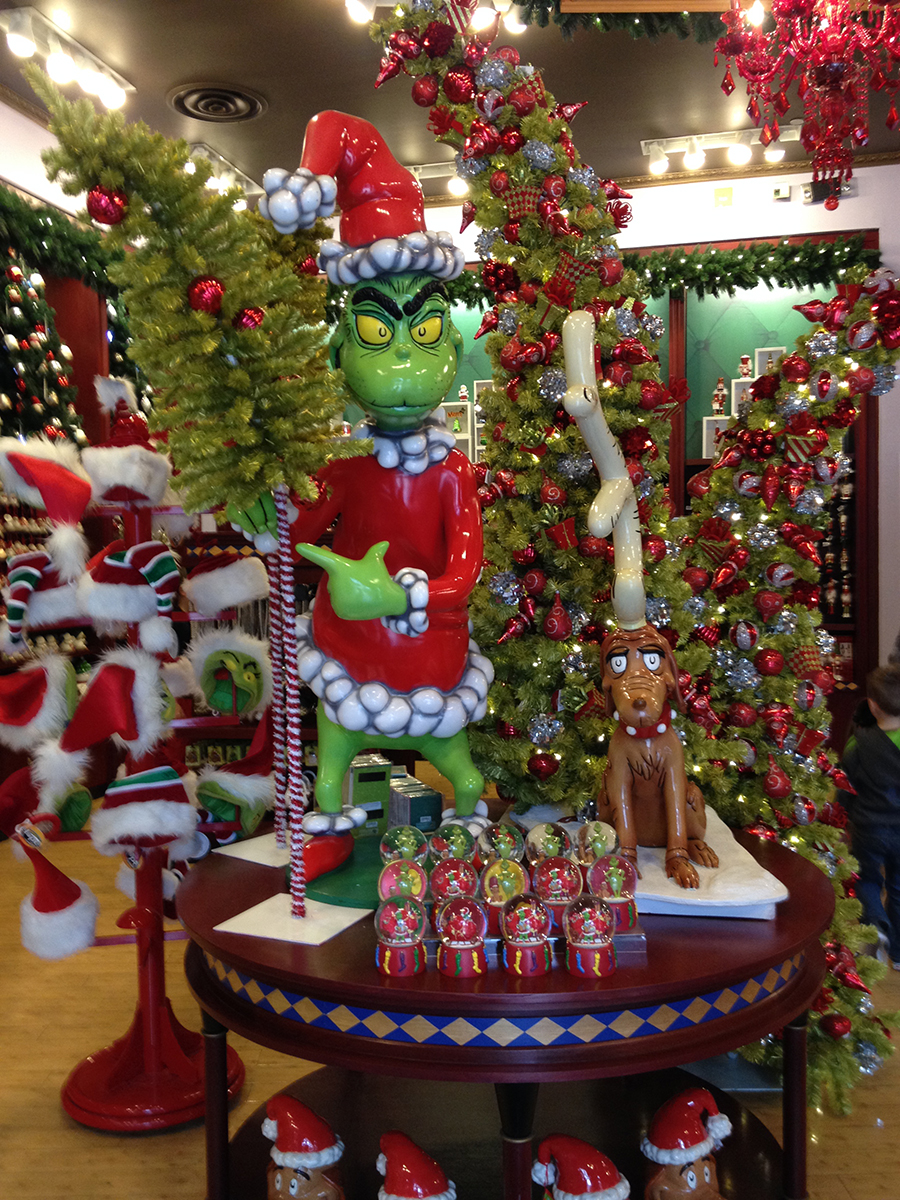 The last event that I know of for Unviersal Studio’s is their Mardi Gras Event in the Spring. It’s a night time event with a parade and tons of beads thrown to the guests. This is included with regular admission to the park. Our kids loved it and got tons of beads. I had read that annual passholders could sign up to ride the floats and toss out beads to the guests. I called two weeks before we were going to go and apparently that wasn’t soon enough. I was told on the phone there is no limit to how often someone can ride the floats and some people sign up for every week. My advice then would be to call as early as possible to reserve your spot so you can ride the float.