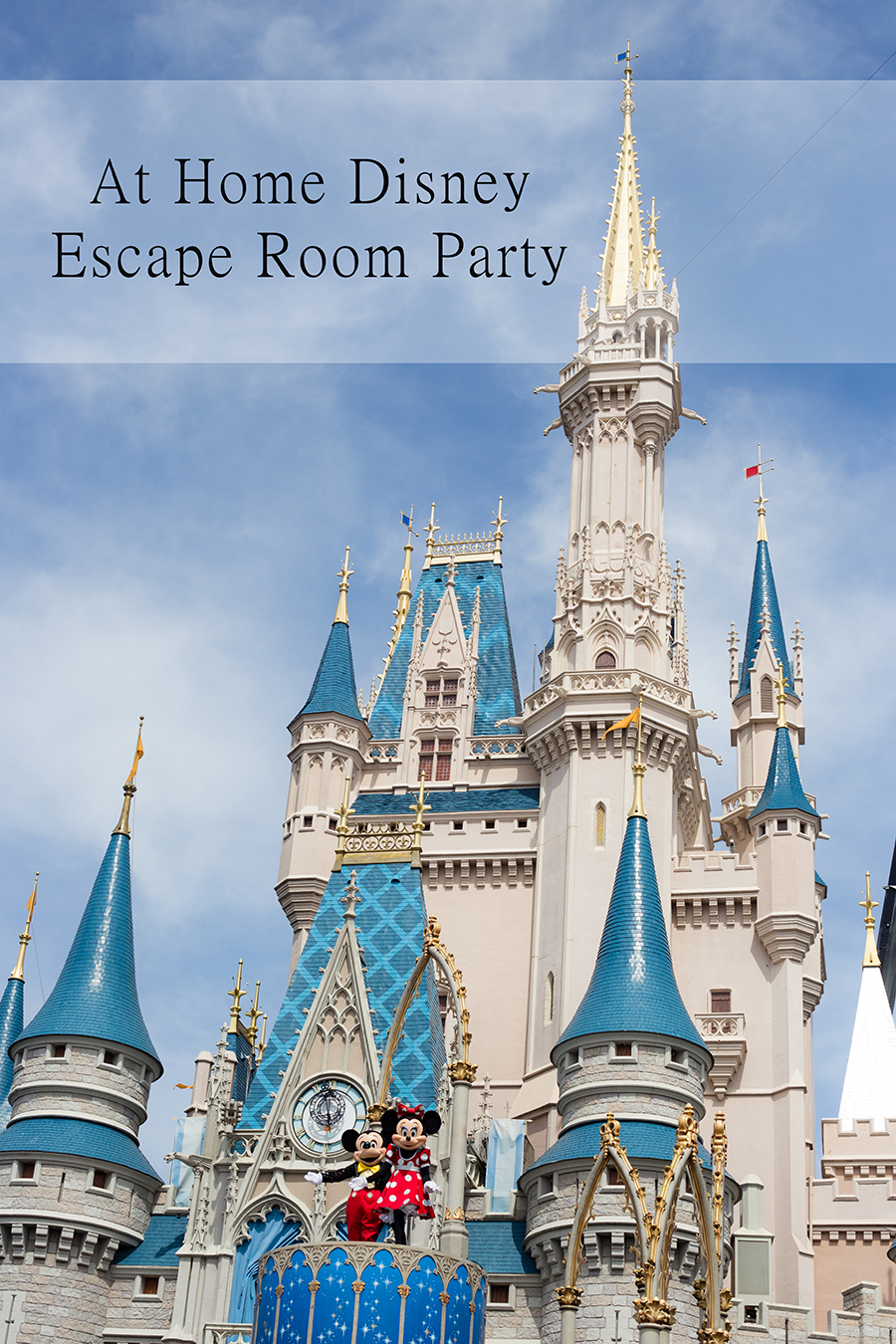 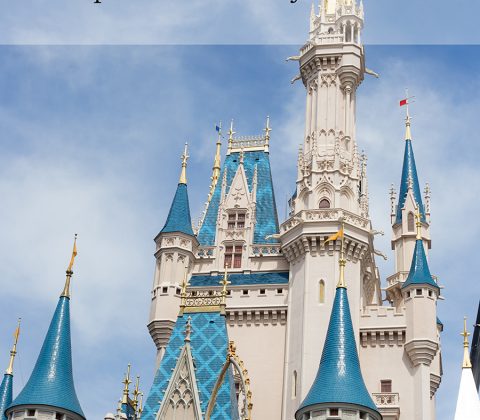 For the end of the school year, I put together an Escape Room Party for my kids. Since school is cancelled due to the Coronavirus, we made our own end of school party.  We decided to have gourmet sandwiches for dinner. The highlight for the kids was getting their pick of chips (Doritos Cooler Ranch, Flamin’ Hot Cheetos, and Kettle Brand Pepperoncini) and Izze’s.

After dinner my daughter had a game for us. This included a series of stations that took us from room to room where we had tasks to complete. She designed it all by herself and we had a lot of fun. Then my husband took the kids into a room while I set up our escape room. I think my escape room was a hybrid of an escape room and scavenger hunt. My kids have never done an escape room before.

We love Disney and I knew I could quickly come up with a story if I used the broad Disney theme rather than one specific Disney movie. I’ve always loved the story from Fantasmic and how Mickey is in a nightmare and you see all of the Disney characters. I thought it was clever how they were able to involve the whole cast. Mickey’s nightmare was the basis for my story. My husband didn’t know any of the clues. I told him he would have to help the kids. 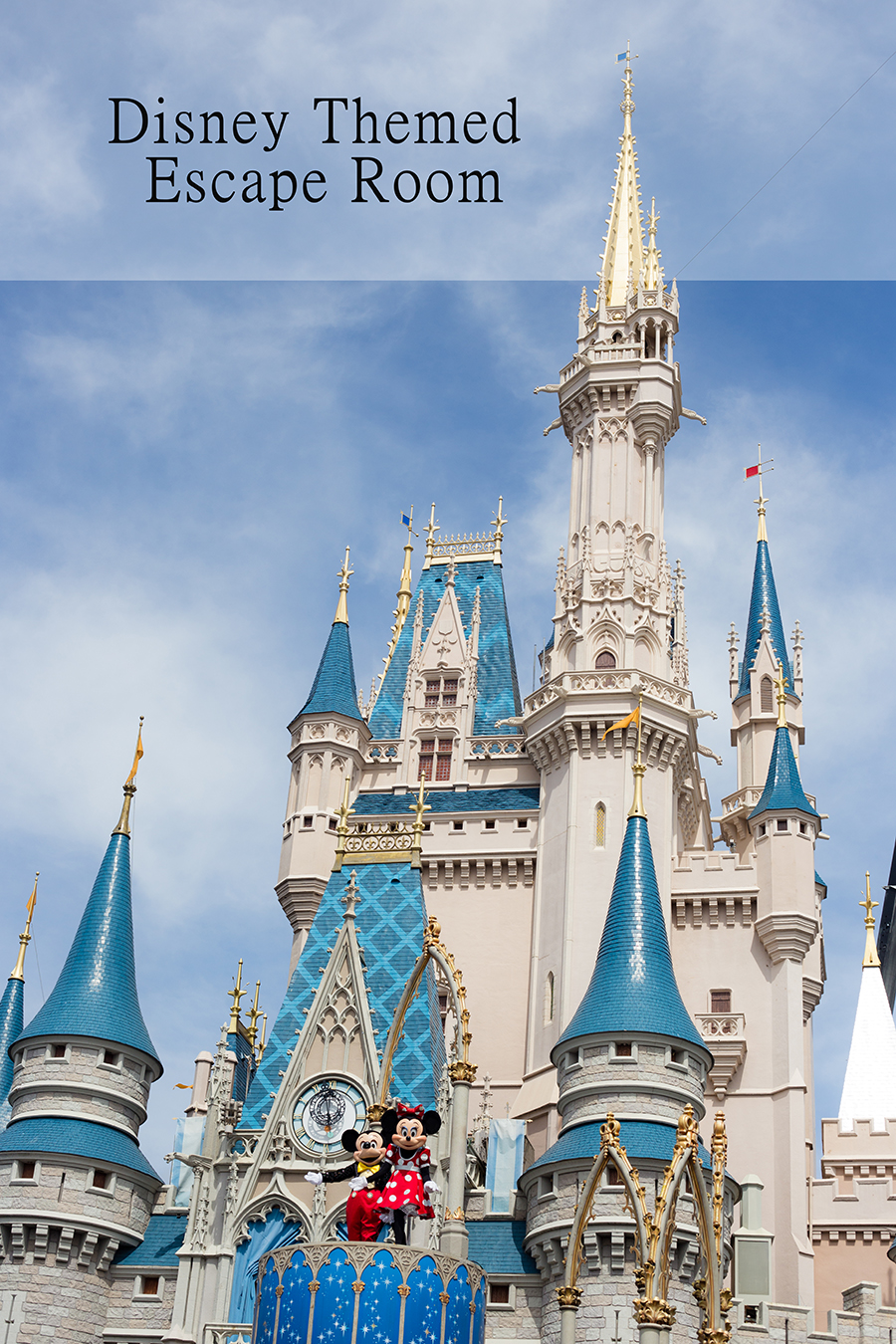 I showed my kids a short clip from Fantasmic found from Youtube. I said, “Pretend we’re in Disney Hollywood Studios watching Fantasmic. Except instead of watching the show we are actually in it. That mean’s were in Mickey Mouse’s Nightmare. We need to figure out how to escape. The best way to escape a nightmares is for us to create happy memories. We HAVE TO stay together for this whole activity and do all the task’s together. You have one hour otherwise you’ll be stuck in Mickey’s nightmare forever. Oh No! Maleficient is coming I can feel the dragon’s fire. Maybe we can use the dragon’s fire to figure out the first clue.” Then I motioned them to the table where there was a “blank” piece of paper and a candle.

I wrote on white paper with lemon juice and a q-tip the night before the word “Hercules”. The paper was now dry and it became “invisible ink”. My oldest immediately figured out it was invisible ink. It took a couple of minutes for my husband to carefully heat the paper up. (A little bit more of the paper burned than was supposed to). The only thing Hercules we have in our house is the movie. The kids opened the BluRay case up and found the next clue. 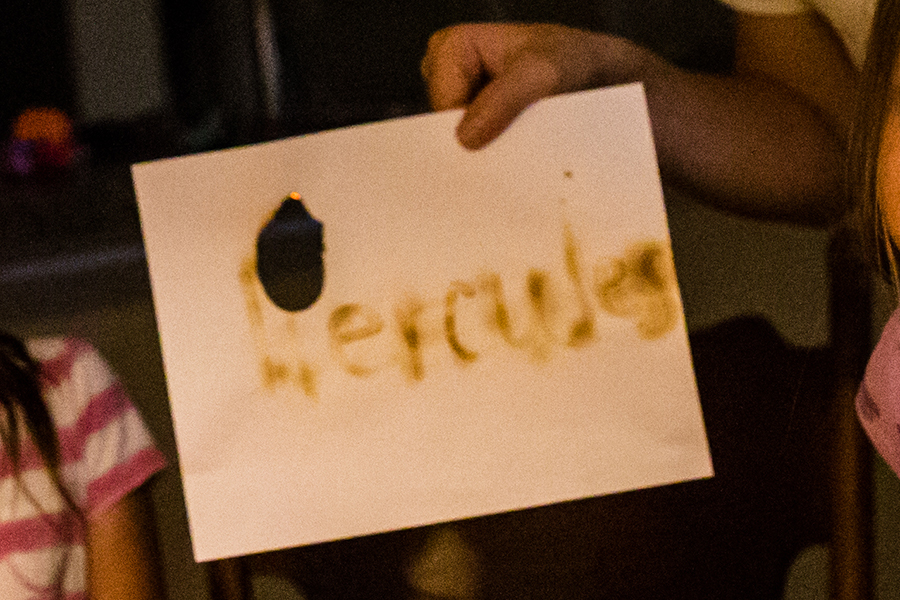 The maze was used with a maze generator found online. Hercules had to get through to the Minotaur. The letters in the correct path formed the clue word. The hidden word was “Frozen.” (One of them read Frozone which is in Incredibles but I steered them back to Frozen)

At first they looked for our Frozen movie- I told them I didn’t put two clues in the same place. Then one of the kids shouted that maybe the frozen ice cubes. 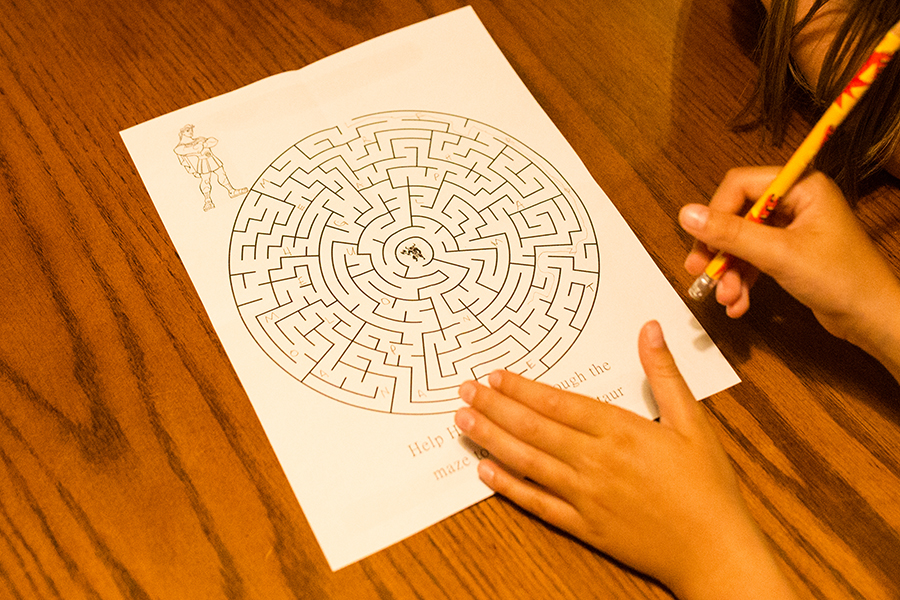 I made some strawberry banana Popsicle’s and debated writing the next clue inside the Popsicle or on the top. I figured I didn’t want to wait for them to eat their Popsicle though so I wrote the letters “B,” “E” & “D.” They figured out the word BED and ran around to the different beds in the house to see if anything was different. 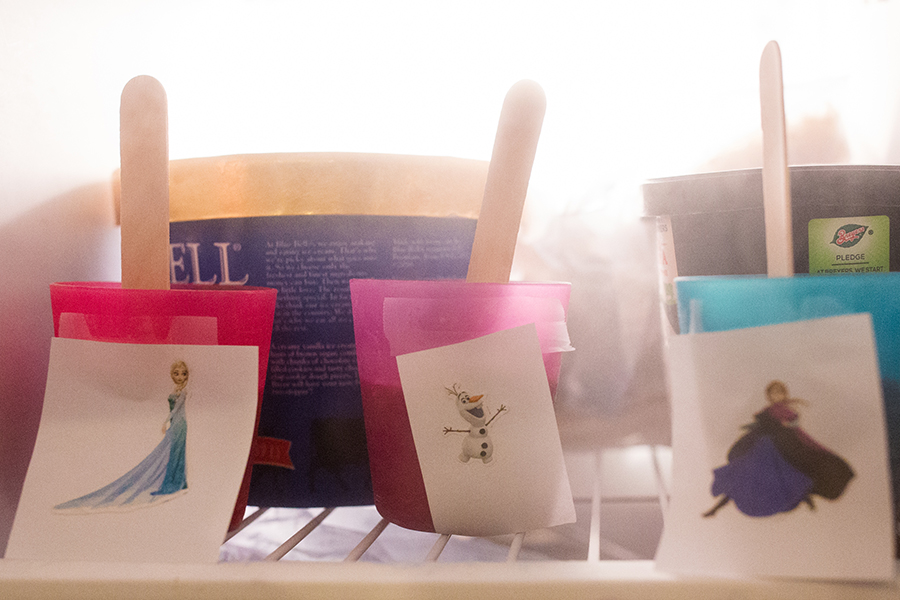 The I-pad was on our bed with it all set up to show a clip of the movie fantasia with the brooms. The kids ran to where we keep our brooms. 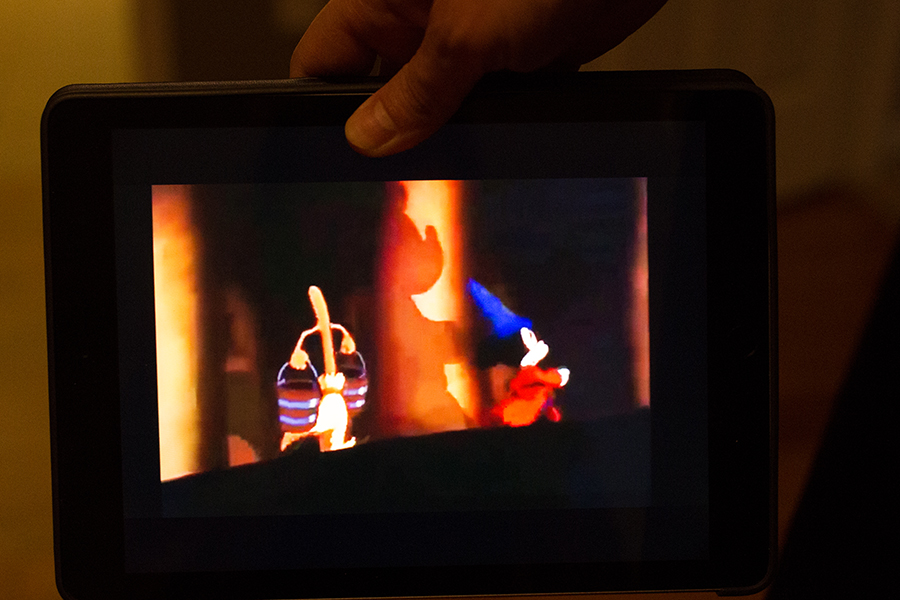 “The magical song from this movie will help you figure out the words to the next clue and a clue in the future.” ***There were only three words– I was hoping for Bibbidi Bobbidi Boo– with the word Boo being the word they were suppose to solve*** A little bit of prompting was needed. Once they formed the word “Boo” there was a set of three numbers, and a few other words listed including the word “TUB” 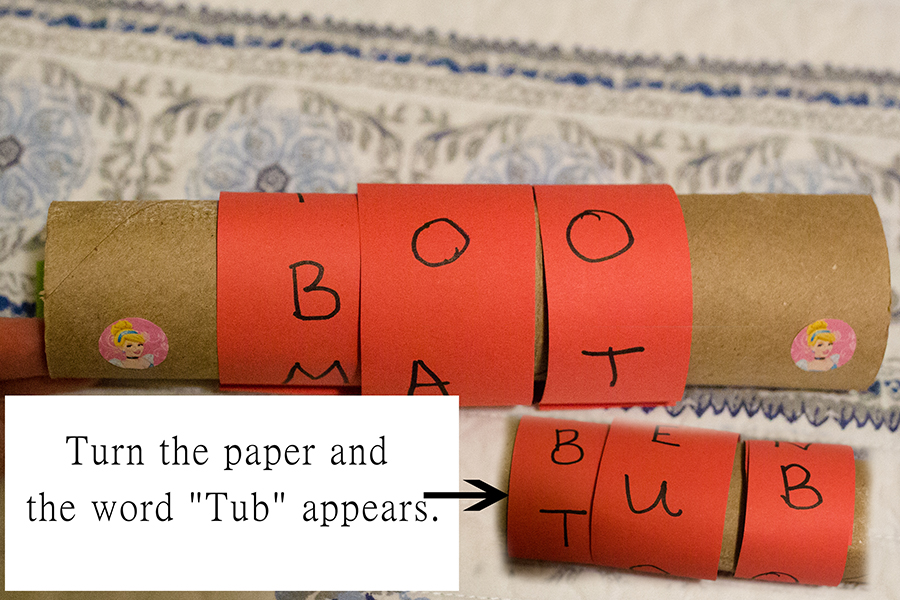 Inside the tub was our mermaid fin and  instructions to go to the table to do a craft. 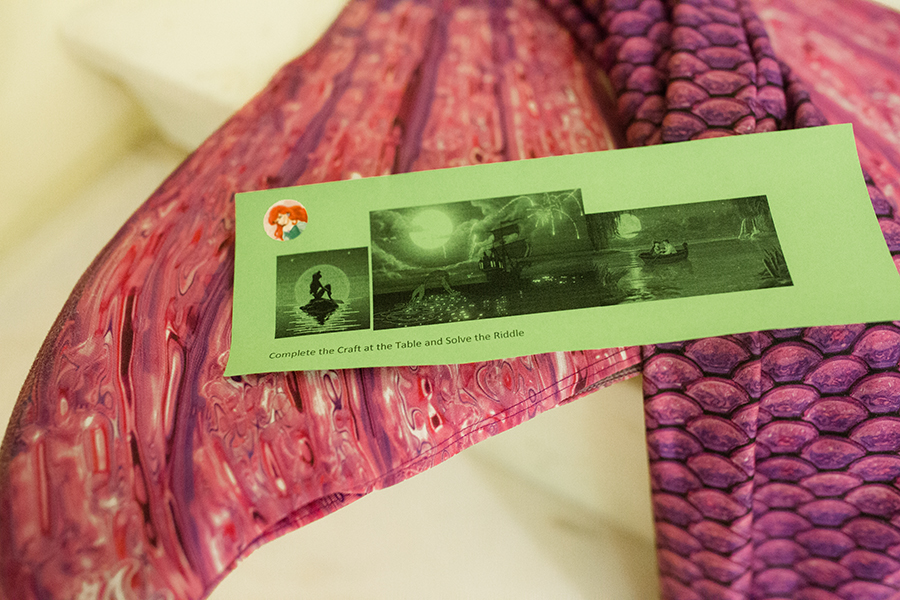 They made Oreos into the phases of the moon. *Some people ignored the instructions and just ate their Oreos* The craft was more for fun it didn’t necessarily help them figure out where the next clues were. I was going for a variety of activities for the kids to do.

Here were the instructions and riddle for the moon activity

Fun Fact’s there is not actually a Blue Corn Moon but there is a Blue Moon and  Full Corn Moon. Both of these are full moon’s but at different times of the year. “a blue moon is a full moon that occurs a second time within a calendar month.” “a full corn moon, or full harvest moon, occurs in September and sometimes early October. It is usually attributed to Native Americans because they often harvested corn during this time.” 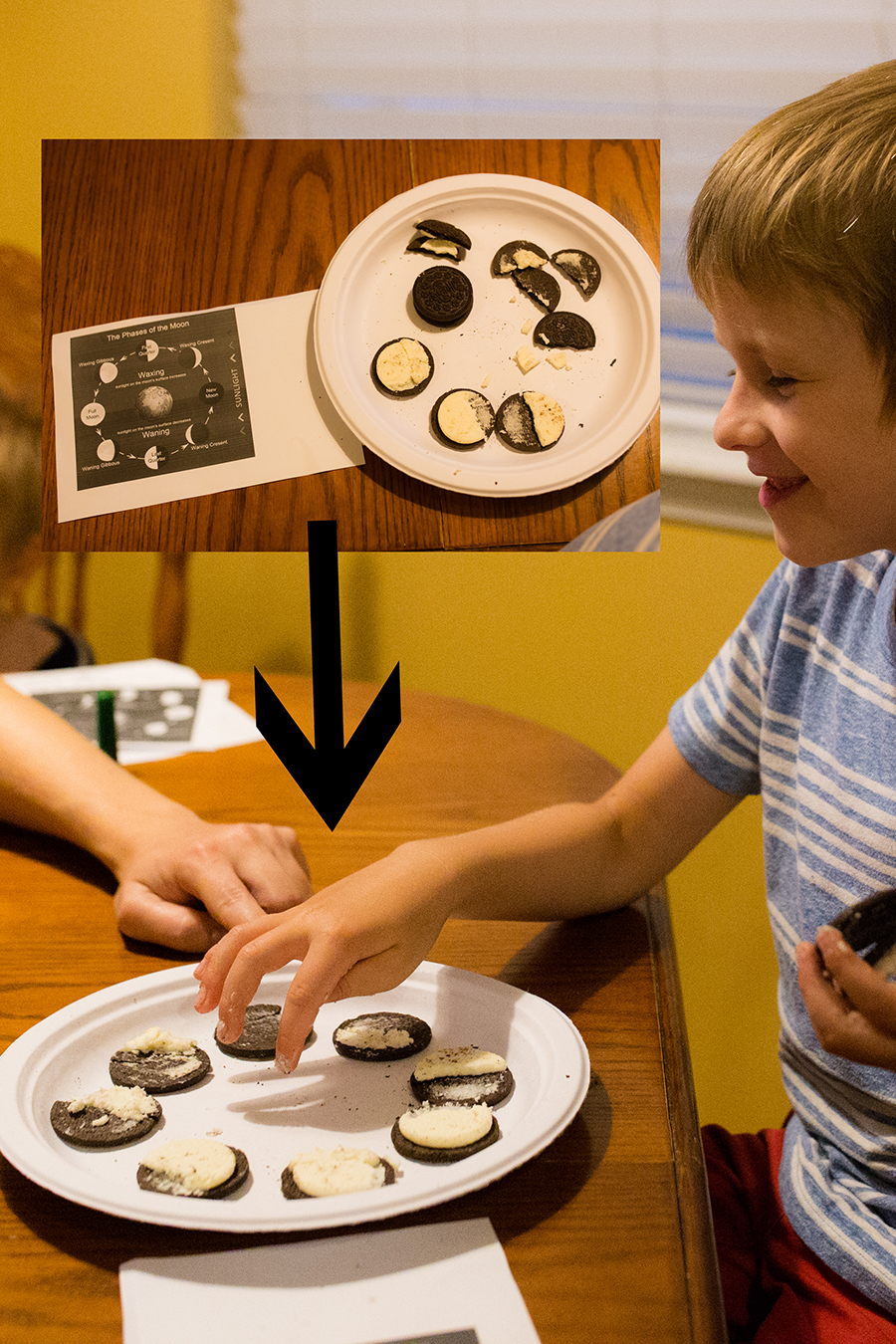 The kids ran over to where we store our craft paint. Then they found this clue

“Andy’s having a birthday party. These help with decorations for the party. They are as large as a watermelon but way lighter. ”

We had balloons strewn around the house because this was an end of the school year party. They ran over to all the balloons and found the one that had something in it. They popped the balloon to get the next clue out.

“In Toy Story 2 Woody helps Jessie escape from an airplane. She was stuck inside of a piece of ????”

They couldn’t remember so I showed them a quick video clip of this scene. The answer was luggage.

I put the combination lock on the luggage. (It didn’t completely prevent them from opening the luggage but as part of the game I told them they needed to open the lock). They had to remember where they saw numbers before (toilet paper roll) and had to go back and get those numbers. My husband then taught them how to open the lock. Inside the luggage was a beach bucket and the last clue.

“It calls me. Where do we put these things when we are on the way to the ……”

They were able to figure out that this was in reference to Moana and the ocean. They ran to the garage to look for the rest of our beach toys but then realized we put our beach toys in the trunk of the car. And they found a “prize”. This wasn’t necessary but we had boogie boards for the kids to share in our trunk. With a little note that said they

“What great memories we have made together as a family and these will    help us make more memories. We have escaped Mickey’s nightmare!! Yay”

We told the kids congratulations for finishing the school year strong and adapting to the new method of online learning. Hooray for summer.

I could have done the whole activity without purchasing anything but I wanted at least one lock… I mean it was an escape room. So, I bought one combination lock from Walmart (less than $5). The lock brought me back to middle school. I wanted the kids to learn how to open a lock.  Everything else we had around our house. It was simple to put together which was perfect and the kids loved it. Right after we finished they asked if I could put together another one for them.

I looked through these websites for ideas

There are ton of other puzzles or locks that I could have done and perhaps I will for a future escape room. I could see myself doing this again for my family, extended family or even maybe a kid birthday party. What do you think? What fun riddles or puzzles can you come up with for an escape room? I realize since I guided my kids this escape room could also be a type of scavenger hunt but it was perfect for my elementary aged kids.