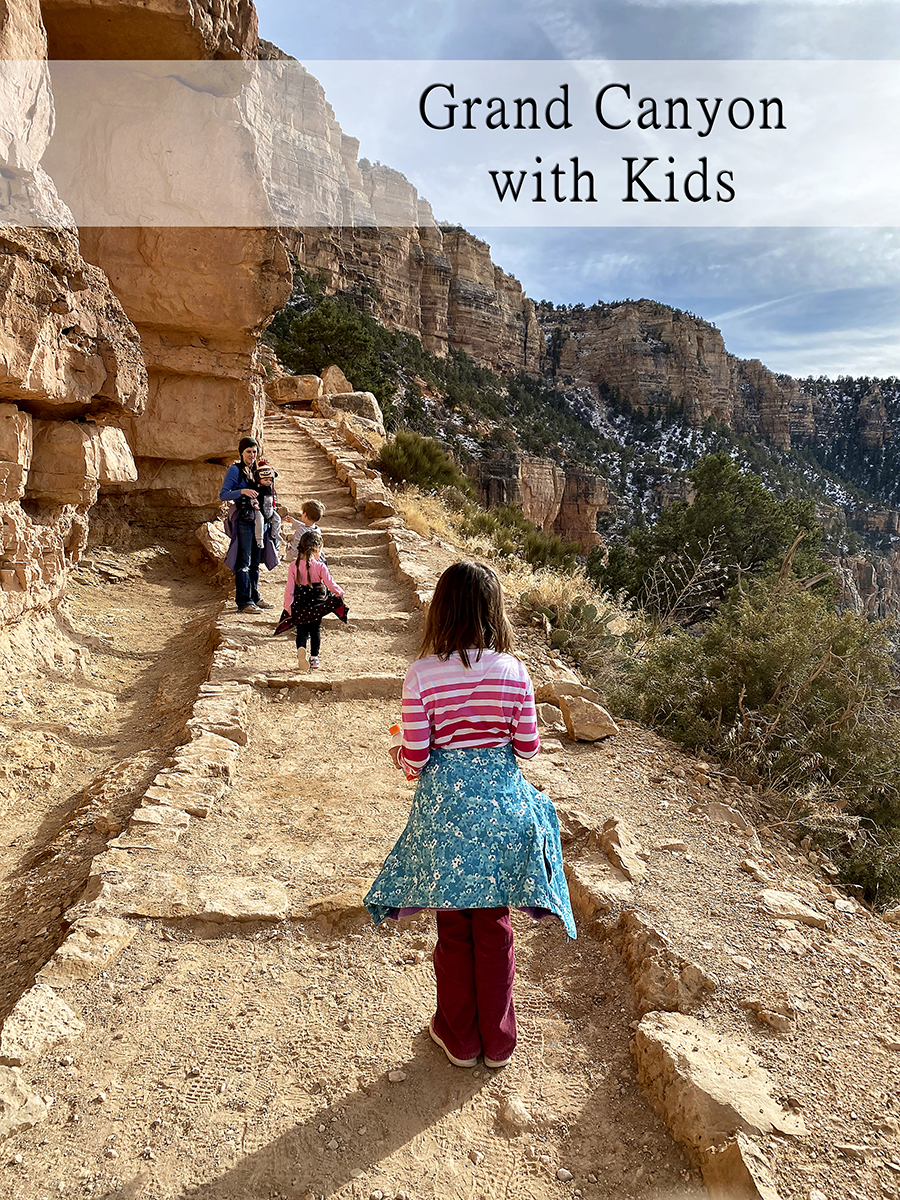 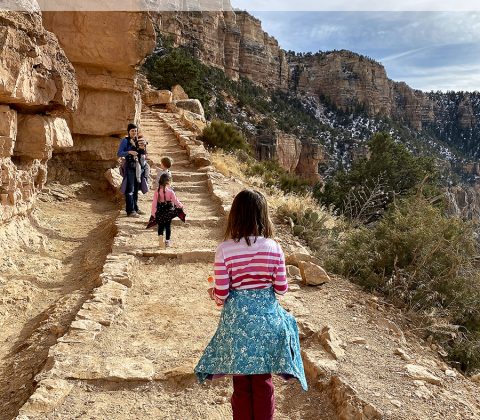 Hike with kids in the Grand Canyon 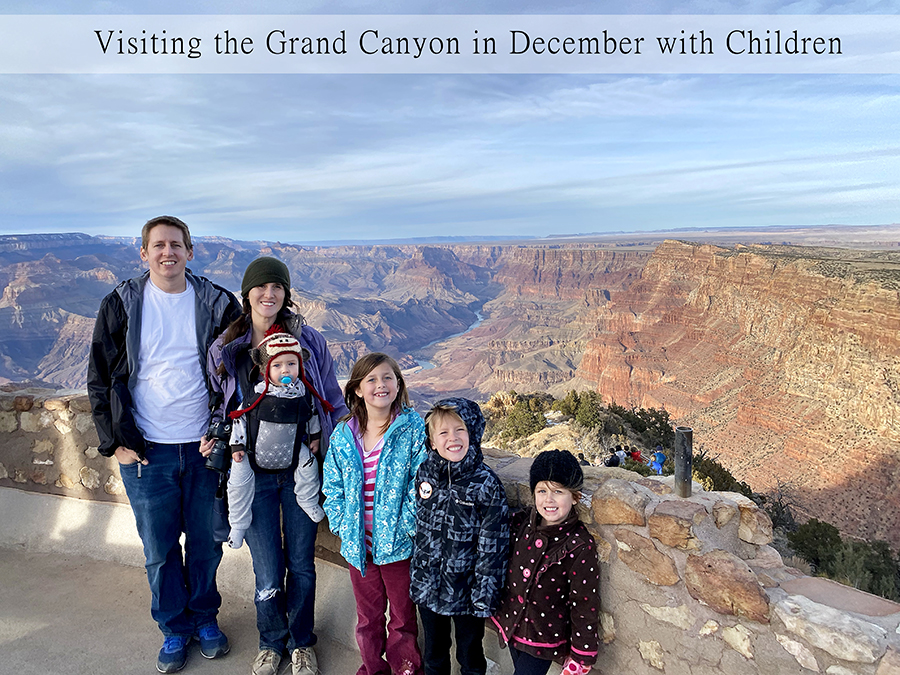 Family of six hikes in the Grand Canyon

When did we go to the Grand Canyon?

We went to the Grand Canyon in December 2019. It’s a little risky to go in December because it could snow and the trails could be icy. We had really pleasant hiking weather.  It was a little brisk at the start of our hike but with a little exercise and we all took our jacket’s off. We had lots of layers so everyone was warm enough. It snowed a day after we left. I don’t think we would have enjoyed the Grand Canyon as much had it been snowing. This would be not only because of the temperature but hiking in ice could be quite dangerous. We were very lucky to have had such beautiful hiking weather. Our trip was so good especially compared to camping in the Grand Canyon in June.

Where did we stay?

We stayed at the Yavapai Lodge. There was a black ant problem in the bathroom. We were only staying two nights and really had no where else we could go so we just stayed there.  When Matt told the hotel desk about the ants when we checked out the guy said, “yeah—there has a been a drought that’s a problem.” It was fine I guess that’s what you get for staying close to nature. We had hot water and a warm place to sleep what more could we ask for? 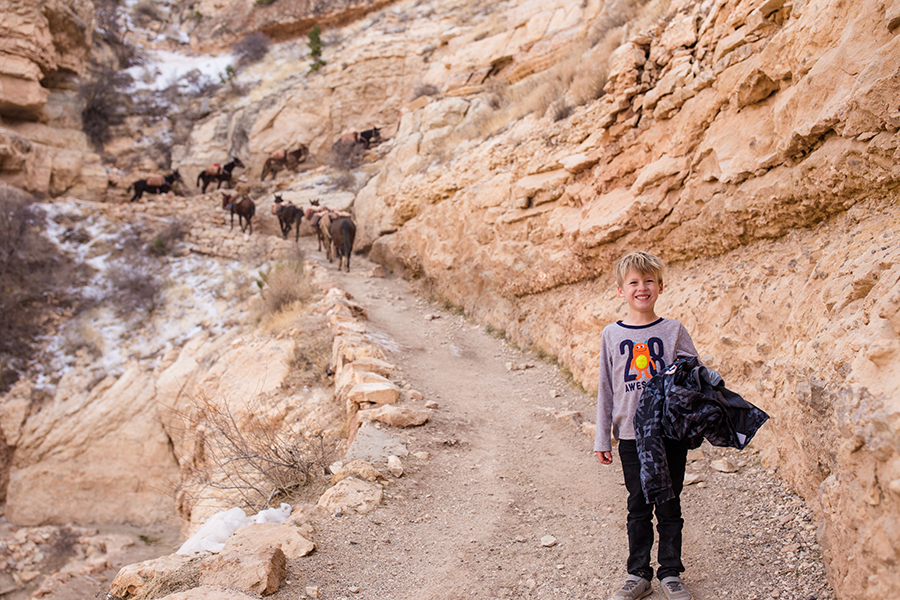 What did we do in the Grand Canyon?

On Saturday we went to the visitors center on Saturday morning, Yakapai geology Museum and then did a hike. I really liked the ranger talk at the Yakapai Geology Museum- he did such a good job explaining the geology of the National Park. Both the kids and adults in the audience were engaged and learned from his presentation. We also went to the Desert View watchtower. This gave a little glimpse into Native American history- which I always like. The kids of coursed liked climbing up in the high tower and seeing another vantage point of the Canyon.

Saturday Night– We drove to Hermit’s Trailhead and stopped at all the look out points. Doing this also allowed us to see the sunset over Grand Canyon. We had McDonald’s right outside the national park for dinner. We brought food for breakfast and lunch and yes grabbed fast food for dinner.

Sunday morning– We went back to the visitors center to watch the movie. Sunday we drove through Sedona on the way back to Phoenix. I wish we had more time in Sedona but that will be for a future trip. Matt and the two older kids did the Cathedral Rock Trail. It was very crowded and they actually saw someone get rescued by firefighters that fell. It was a little scary to think that people actually fall off while hiking but a good reminder to be cautious. I wonder if in the next couple of years will be a National Park. The towering red rocks are so amazing. If the Grand Canyon wasn’t Sedona’s neighbor I bet it would be a National Park.

What hike did we do in the Grand Canyon?

We hiked to the Ooh Ahh Point. The trail was 1.8 miles round trip. Anywhere in the Grand Canyon is beautiful but as you get further down the canyon the views just get better. We definitely said “ooh and ahhh” once we reached the point. It was a little nerve wracking with the kids. Matt didn’t seem to be as worried as I was, but we had very clear rules- there was no standing close to the edge and no running. The kids did great. We saw mules on the hike coming up and we had to stay to the side. 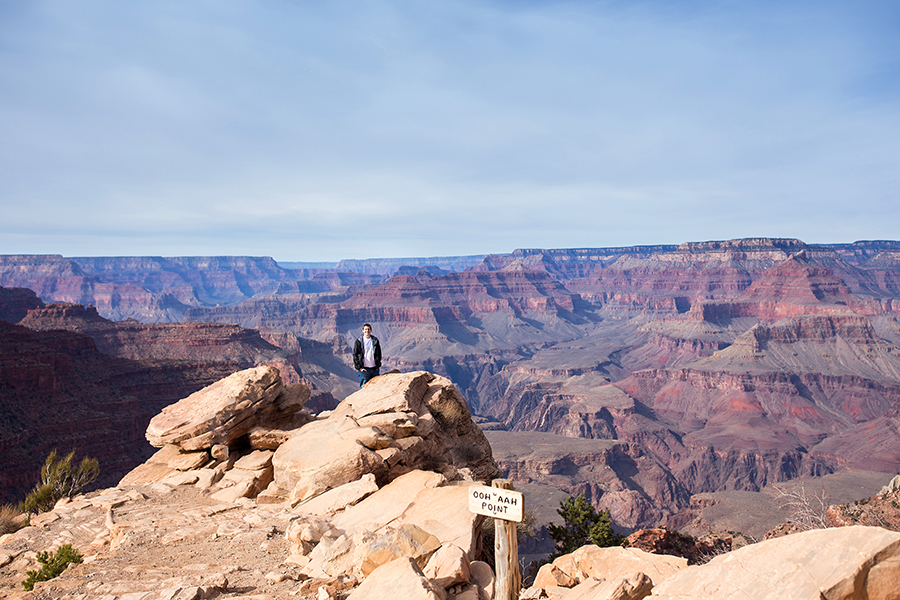 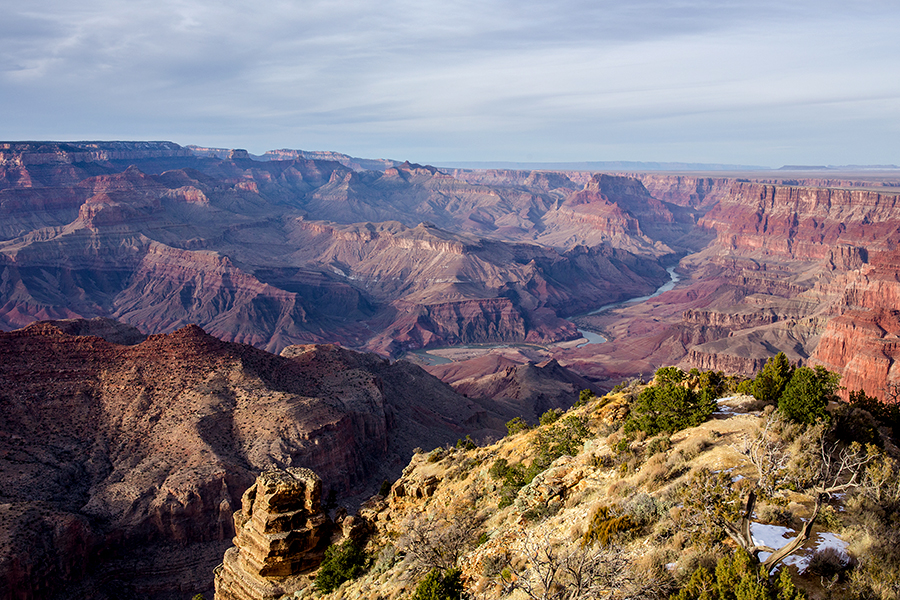 For a quick trip I think we did a lot. I am excited to go back perhaps in the fall or spring next time. Hopefully we will be able to stay longer and make it to the river one day. The Grand Canyon and Sedona are truly spectacular.