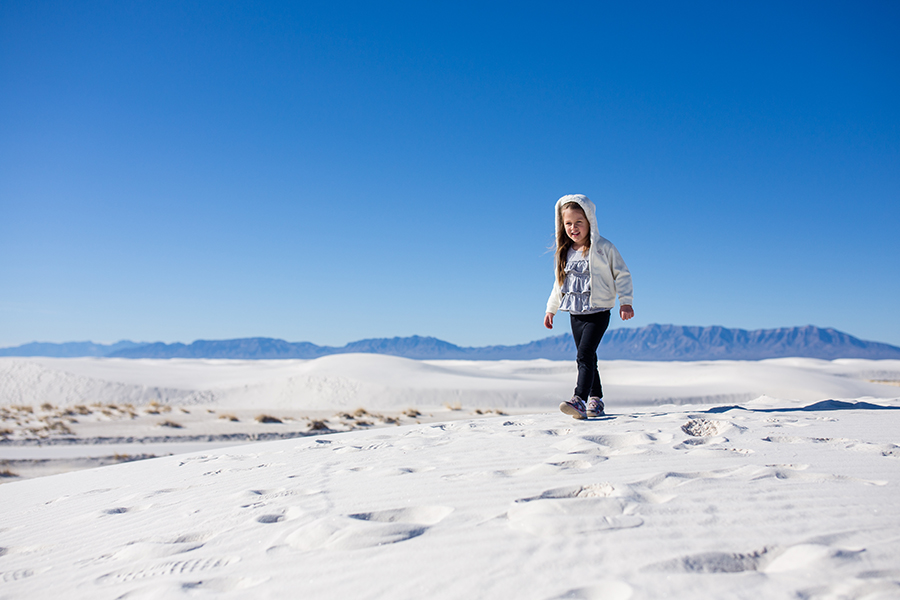 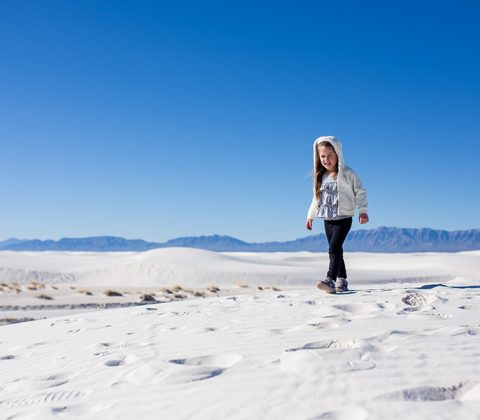 We went to White Sands National Park with kids and had a blast. White Sands just became a national park in December of 2019. We were in the process of moving from Arizona to Florida so White Sands was “on the way.” We had fond memories of going here in 2013 that we wanted to go again. Actually Matt went to White Sands when he was a kid on a road trip and always liked it so he took me. We went with just two kids in June of 2013. Continue onto the next page to see a flashback photo. 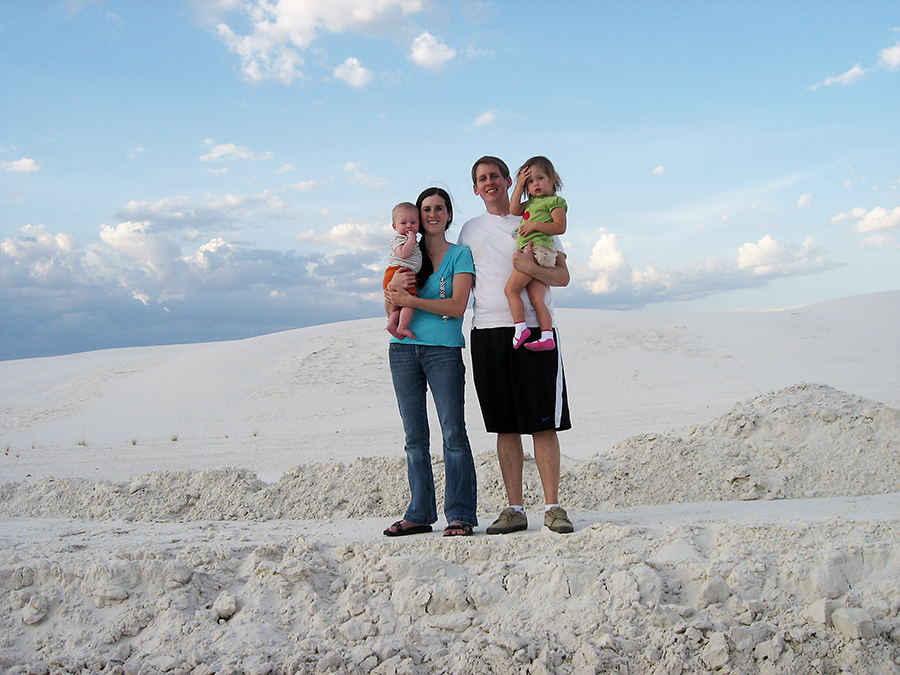 Here is us in 2020. The sign was not yet updated because it’s National Park Status was so new. The park rangers were SO excited White Sands became a National Park. 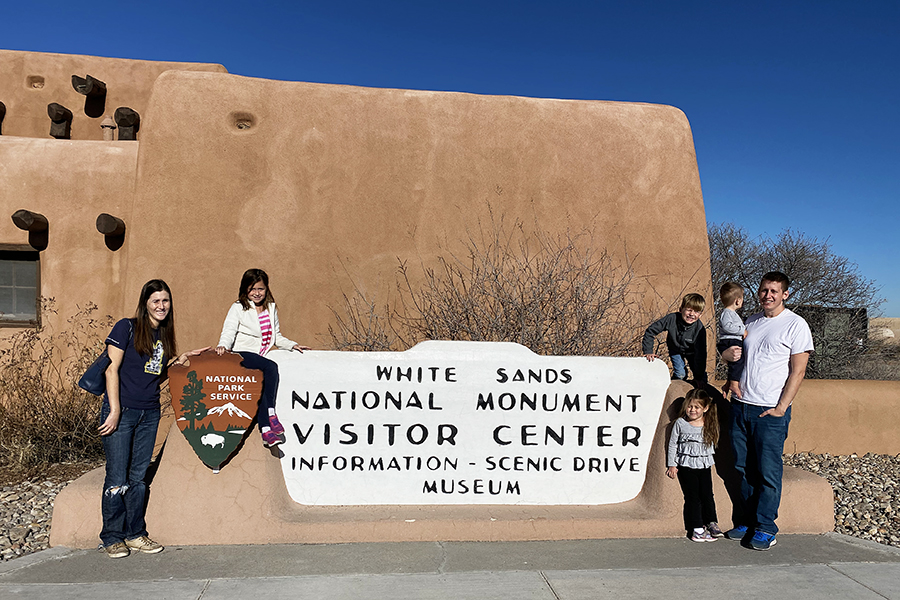 The first time I went to White Sands was in the middle of the summer. Since it was summer, I expected the sand to be hot. The sand is made of gypsum. It doesn’t get hot- it was actually cool to the touch. it was crazy to be touching the gypsum in the middle of the summer and it felt cool. These gypsum dunefield’s are the largest of it’s kind in the whole world. We were not surprised that White Sands became a National Park it really is a unique experience to go there. 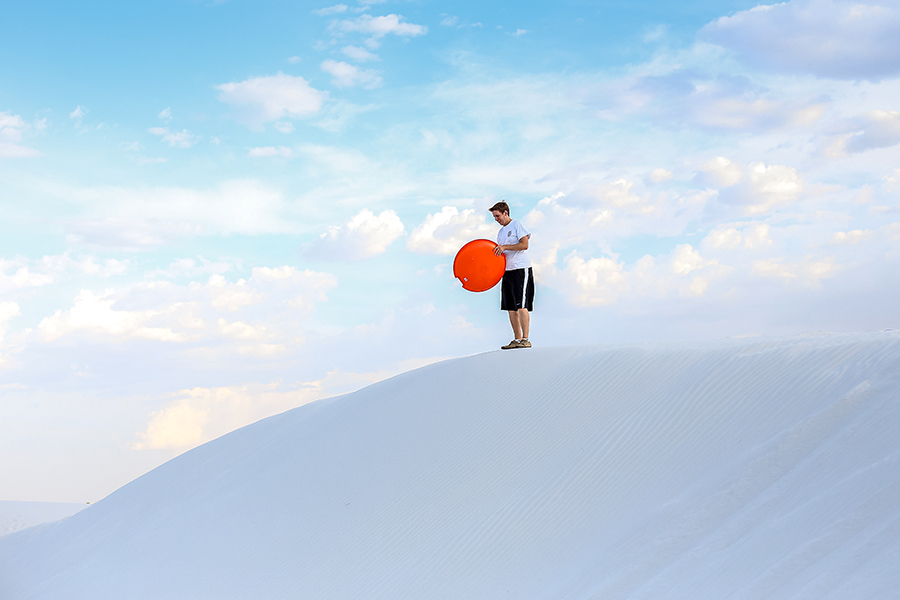 We happened to go just a few weeks after it became a National Park. We were traveling in January so the weather and sand were cool. If you can bring your own sled’s that would be best. There are a finite amount of sleds to rent at the national park. The first time we went we were able to rent sleds this past trip there were no more sleds to rent.

Despite not being able to rent sleds, we had a great time. (The sleds would have made the experience even better though). The kids still had fun running, touching, and rolling around the sand. Actually, as I look at some of the photos — it also looks like they were also eating  and throwing sand. It’s so pretty to see the white hills against the blue skies and desert mountains. We were able to drive around and find our “own” dune to play on. 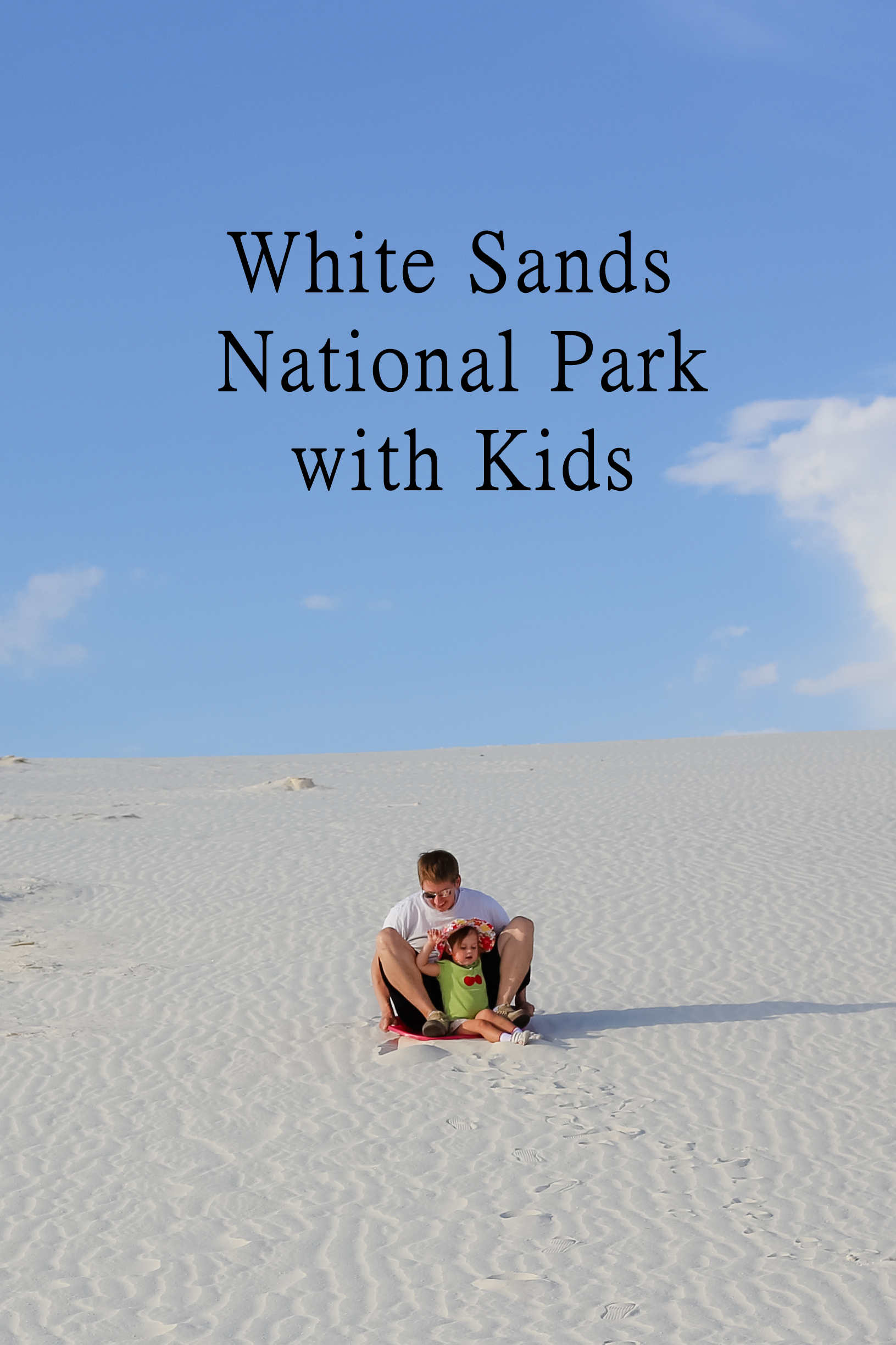 Even driving through the park is just so pretty. The stark contrast between the white sand versus the desert landscape is so drastic and beautiful. You could easily spend a few hours (I think three hours would be good) at the National Park between the small visitor center and playing on the dunes. Don’t you think that White Sands National Park with kids is a fun destination? Have you been to White Sands when it was a National Monument or since it’s become a National Park? 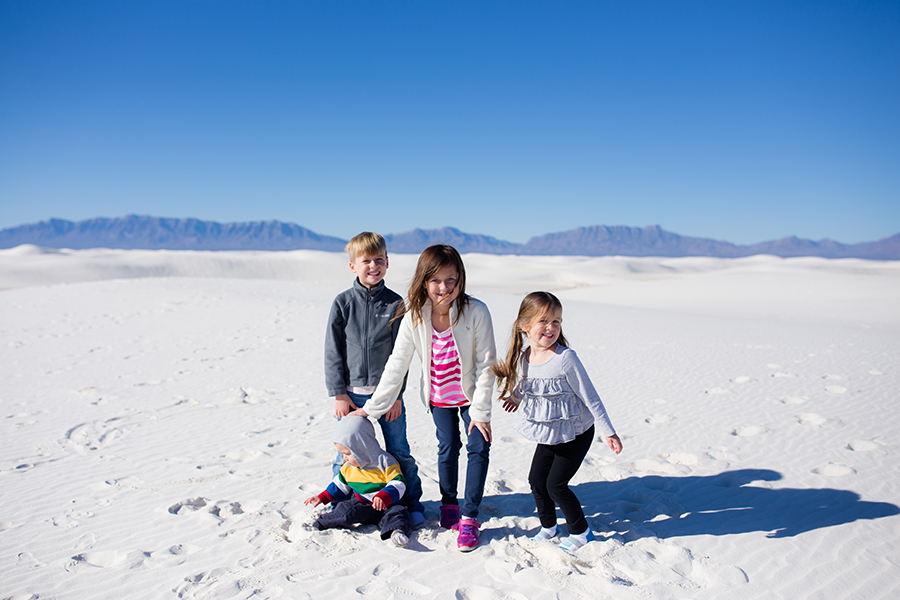