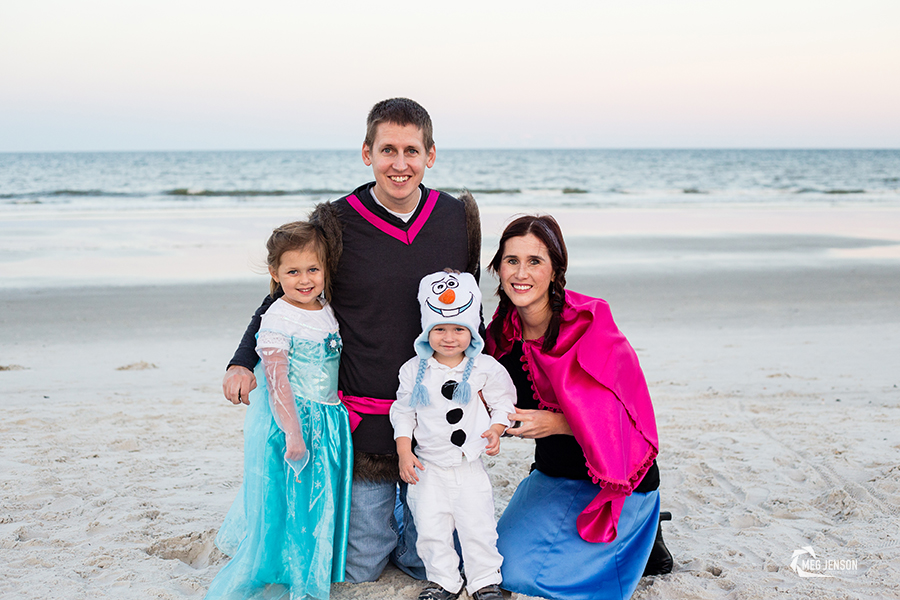 I really like doing the coordinated family costumes. I wonder how many more years I can do that. Elsa- Costume from Amazon. We threw a white shirt underneath her dress. Olaf- Beanie from Target. White linen pants from Janie & Jack that we already had. We put on a white button up shirt and I taped black felt buttons to his shirt. Anna- Already owned the blue dress and black shirt. I added a white streak to my hair and sewed the cape. Kristoff- sewed his tunic. All fabric’s were purchased from Joann’s. I basically looked at Anna and Kristoff outfits and picked a few things that I thought would make it look like them with out going all out on the costumes. Anna the color of cape and dress were important to me. The only embellishment I added were the pom- poms. Kristoff I felt like the pink color on his tunic and the FUR is what made him “Kristoff.” I used an old t-Shirt as a guide for Kristoff’s tunic. I completely winged the cape. I was so happy we took the time before Halloween to go out and take a group shot before the hustle and bustle of the 31rst.