We recently got back from a vacation to Miami & Key West. We traveled as a family with my in-laws. It was amazing. I’ve posted some pictures of our trip on Instagram and would love it if you followed me there. My mother-in-law did pretty much all of the planning- I just sat back and enjoyed the ride. She does such a good job at not only finding great activities to do but also fun places to eat. We drove from Jacksonville to Miami and spent the night at the beautiful St. Regis at Bal Harbour. 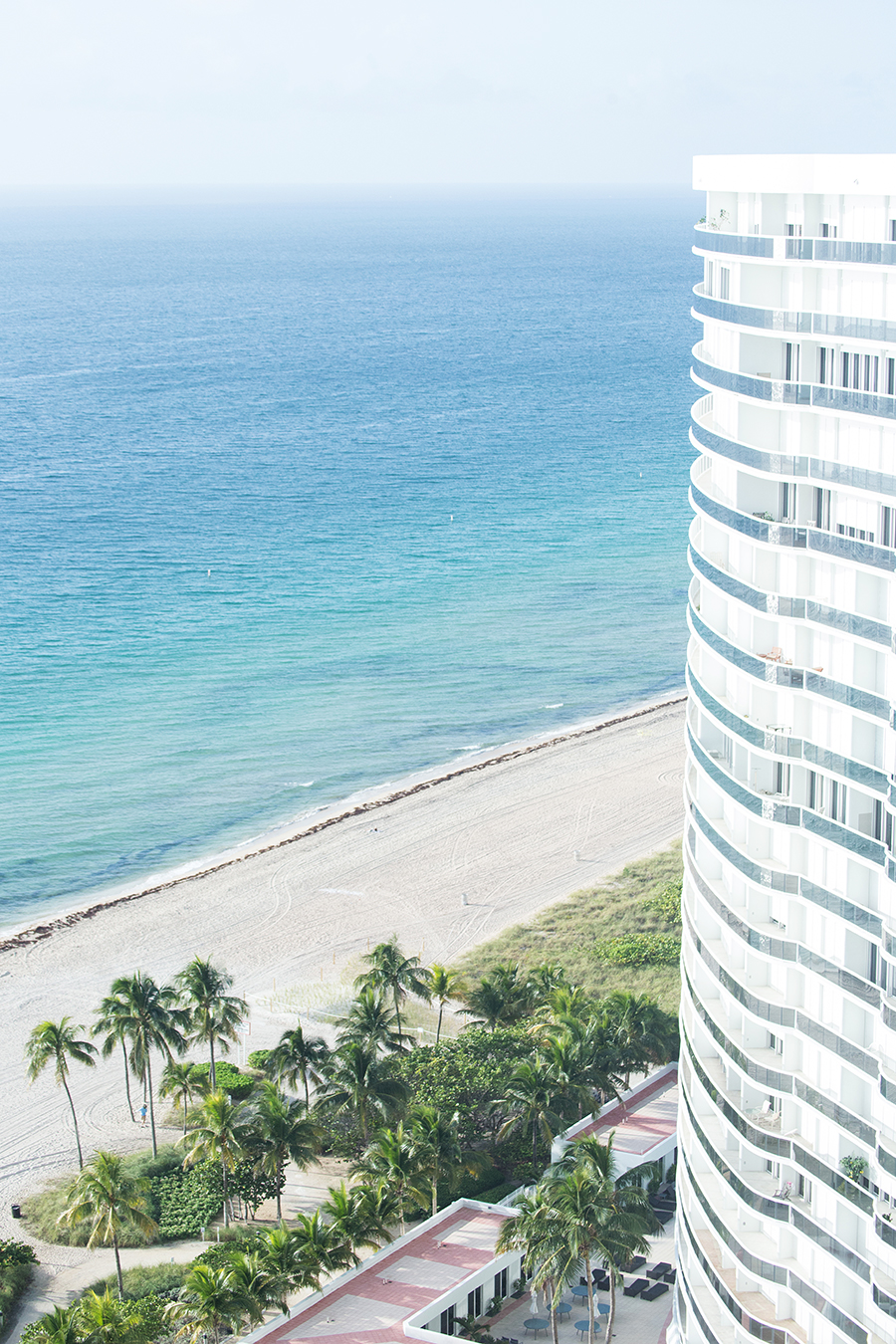 I think I might have had a Cuban sandwich at some point in my life but mostly couldn’t pin point what Cuban food was. So, we ventured to Little Havana on our first night to Versailles. The restaurant and adjacent bakery was huge. We actually walked into the bakery and gelato shop first and had to walk through to the restaurant. It was fun walking through the hallways we saw people who looked like regulars reading newspapers and playing cards, and a few other people were counting what I assumed was the profits from the day. The staff was super friendly and gave some wonderful recommendations on what to try. I ordered a sampler plate and it was huge but had my kids share with me.

We all crashed hard that night because we knew the next day was going to be our longest day. We had muffins and juice for breakfast, packed our bags and headed over to the Everglades. We took the Shark Valley Tram Tours and had the best tour guide. She had been giving tours for years and I could tell how much she loved the Everglades. She was a wealth of information and so excited to look around and show us everything. She had us walk around to feel the marsh. There was a slight bounce while walking around the earth. She nonchalantly talked about how she had a snake kit in the tram car ready to go to catch a python if we saw one!! I raised my hand to ask her what that entails and she said, “it’s really not that big of a deal” but proceeded to show me her kit and how she would catch a snake with her BARE hands. After her description of grabbing a python and putting it into a pillowcase, I was definitely on high alert walking around the Everglades.

I was intrigued by the alligator nests and had a hard time spotting them at first. But basically it looks like a large pile of hay. The gators take about 3-4 days to build them. The sex of the alligator is determined by temperature. Below 86 degrees F the alligators are female and above 93 degrees F the gators are male. Between those two temperatures there is a mix of the genders. We saw big gators, baby gators, turtles and birds. Because our tour guide had several built in stops to the tour my kids were entertained for the duration of the two hour tour. 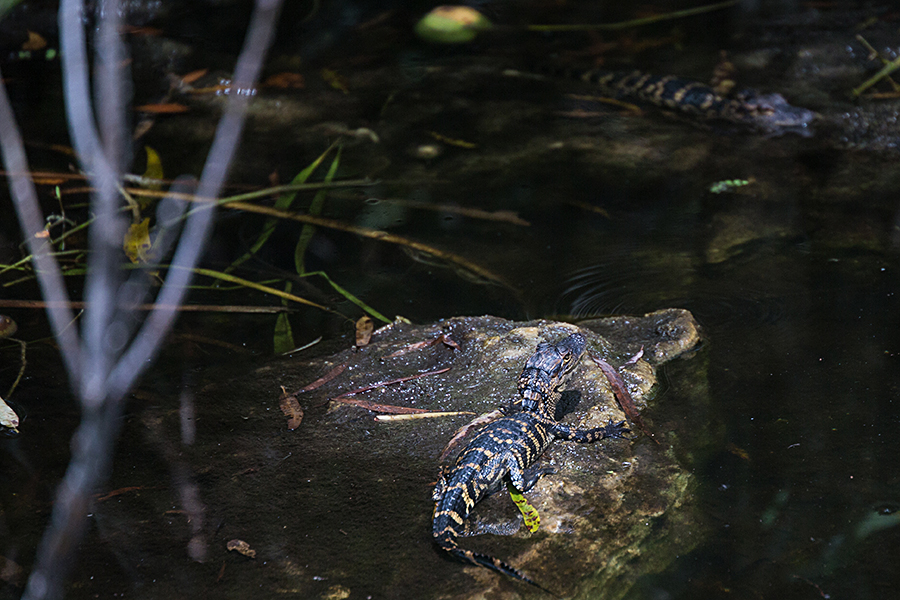 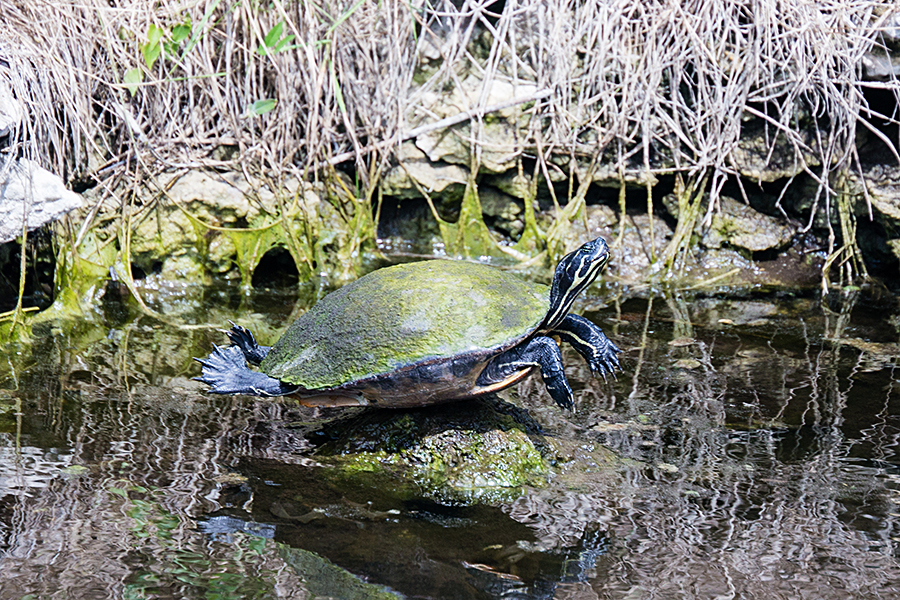 After the tram tour we proceeded to the air-boat tour of the Everglades. We used Coopertown Air-boats and were quite happy with the experience. We had a picnic lunch before the tour. My mother-in-law had the BRILLIANT idea of bringing a cooler on this trip and cold waters were in there! Absolutely wonderful to have cold drinks between activities. I was skeptical on how much value an air-boat tour would add to the experience of the Everglades. I mean we had already seen a lot of alligators. We saw more alligators on the air-boat tour, and there was just a whole different feel to the experience because we were in the water with the alligators (well on the boat) but it felt like we were on the same level as the alligators. I felt like I was encroaching on the gator’s turf, I felt more in the wild and we were closer to the alligators in action. The gators we got the closest to were the mother’s guarding their nests. They opened their mouths and made low snake like sounds. I took my pictures and we sped away. 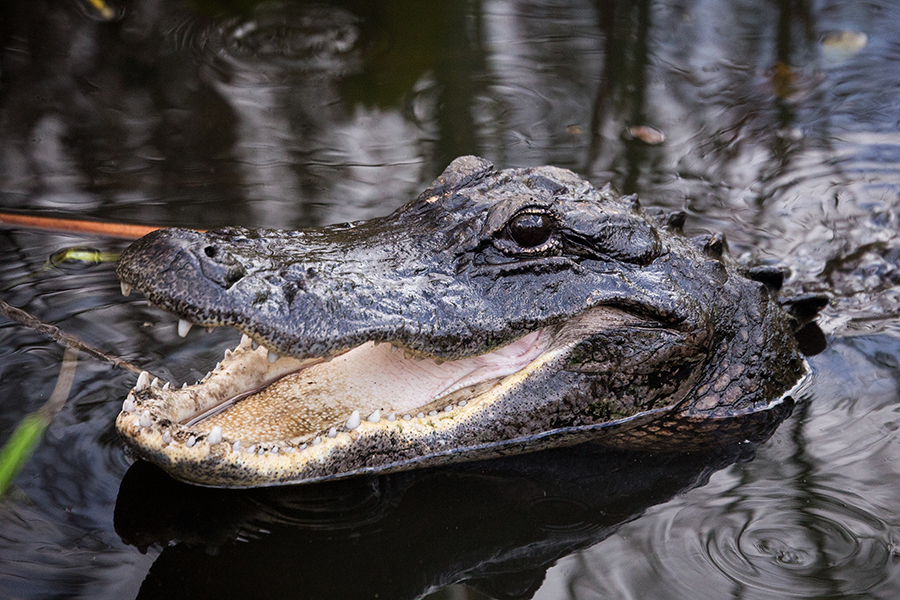 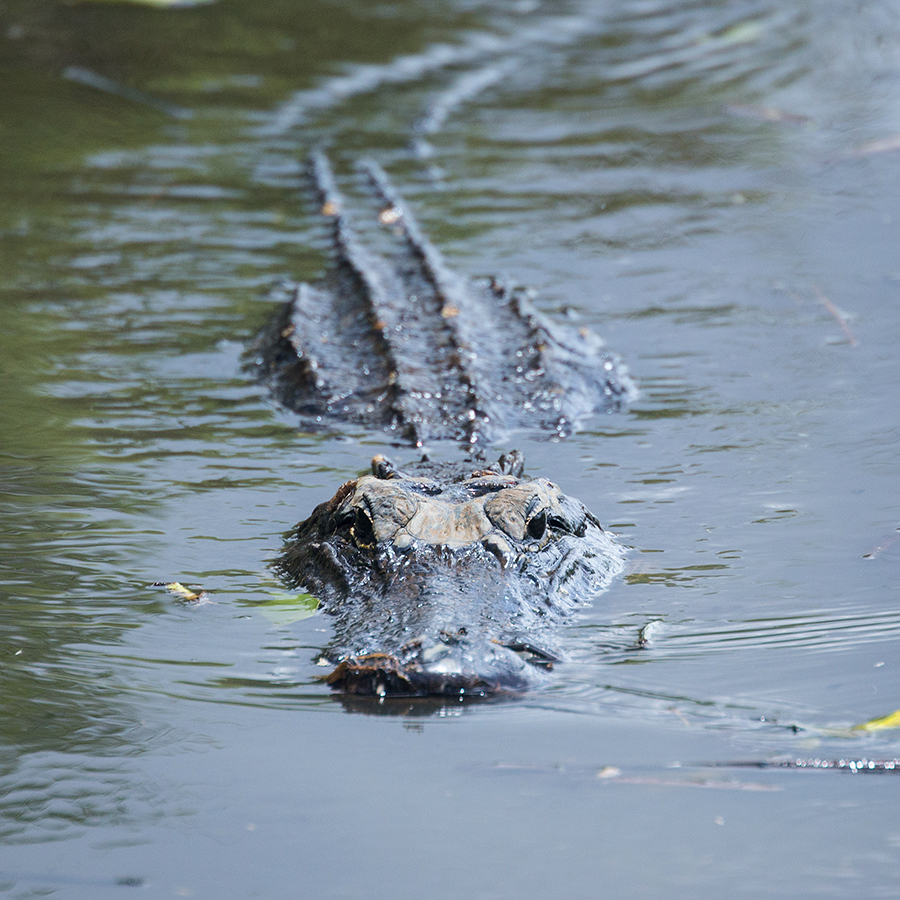 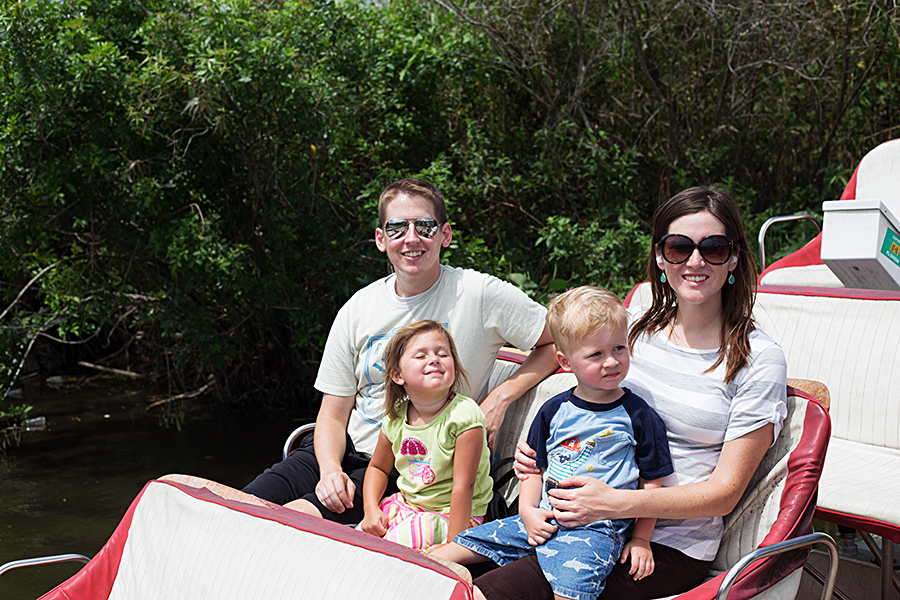 To protect our ears from the noise of the air-boat we had cotton balls in our ears and the kids were suppose to wear headphones. The kids wore them most of the trip. Since there is a drought going on in the Everglades the alligators are traveling along in packs and we saw at least 100 alligators within 25 yards. It was pretty incredible to see that many alligators swimming around. I kept a close grip on my kids and made sure they stayed between my husband and I throughout the trip. After the tour we were told we would get to touch a “baby” alligator. I thought of the baby gators in the above pictures and was excited my kids would get to touch an alligator. When I saw what was brought out I exclaimed,  “That’s not a baby!” In fact, Gucci (what a great name for a gator) is four years old! Gucci opened her mouth once while my brother in law was holding her and we all squirmed a little bit. The kids were a little to eager for my liking but they got to pet the “baby” gator. I held Gucci and was surprised at how smooth the skin was. I couldn’t believe I held THIS gator and a few years ago in Louisiana I declined picking up the hand sized actual baby gators. 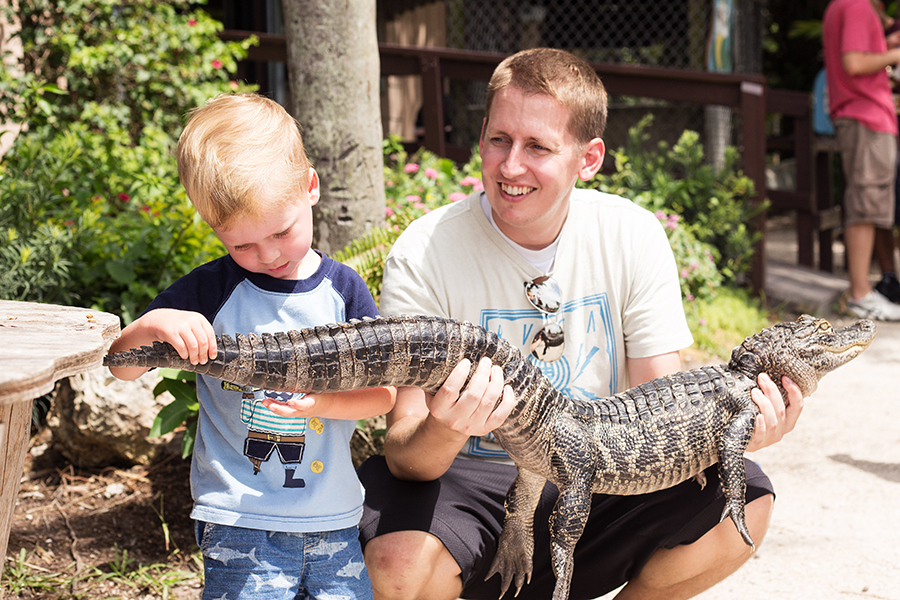 My husband and I have a goal of visiting all National Parks. We love them and the Everglades did not disappoint. After the air-boat tour, we had ice cold water from the cooler and started the 3.5 hour drive to Key West.