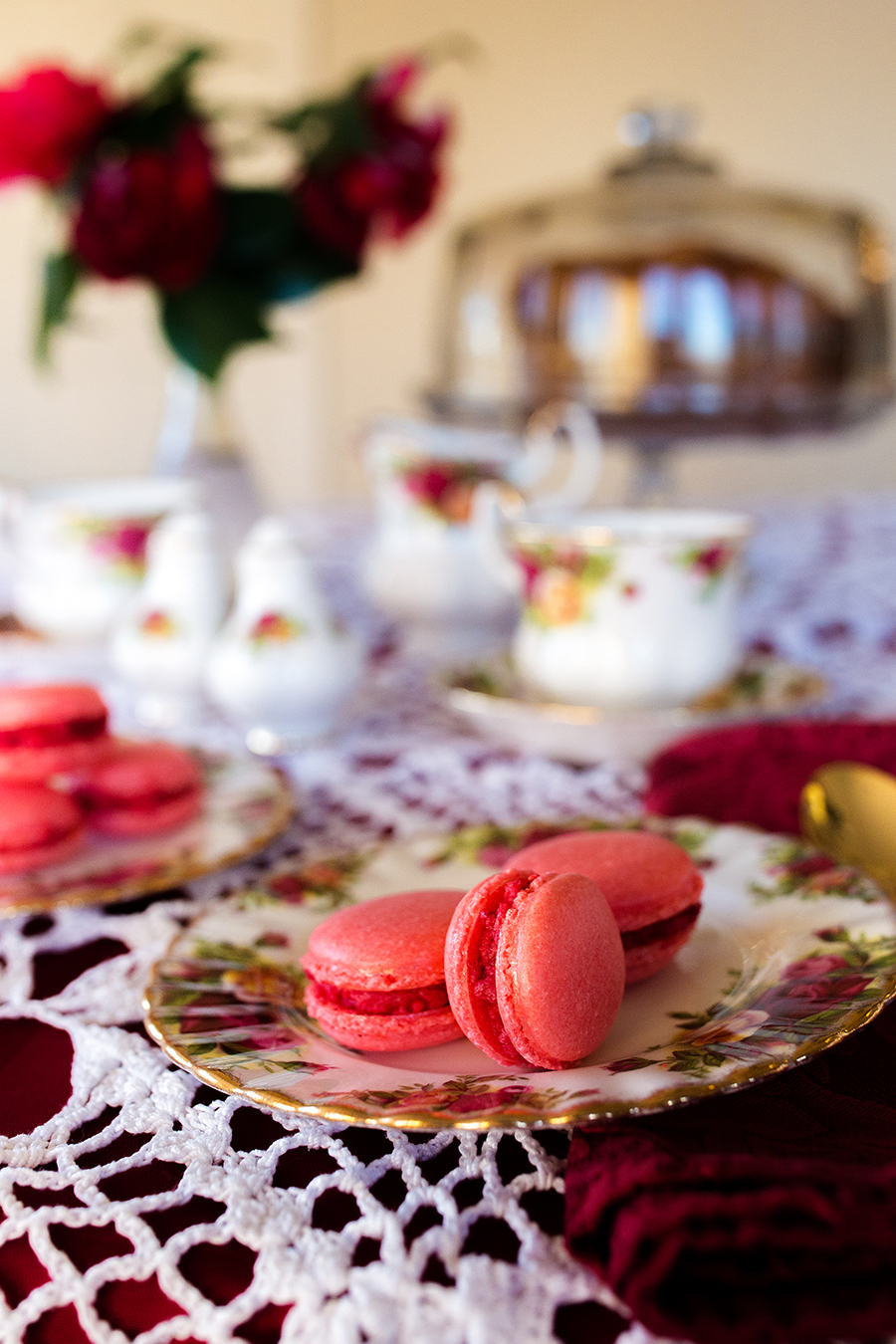 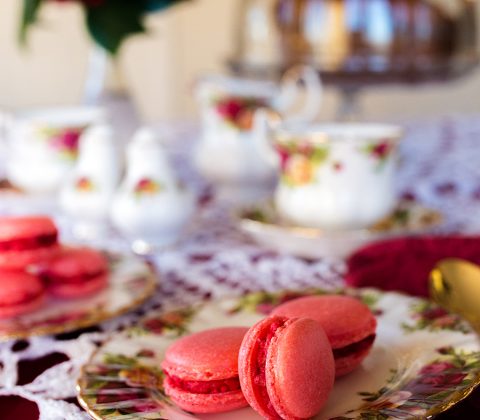 I hosted a macaron class at my home this past year. It was part of a cooking club I was a member of  which was so fun (I am still lamenting the fact I missed the raclette cheese month). The girl that was in charge of the cooking club must have noticed that I had been bringing macarons to everything. School events, church events and even my neighbors all got macarons because I love them and wanted to get really good at them. Also most people don’t bring macarons to events so I liked having dessert that was an anomaly.

Although I do have a friend who doesn’t care for them and says they taste like pure sugar. I thought that’s exactly why I like them. Here’s where I also come out to say that if you give me a choice between a chocolate dessert and a fruit based one I’ll pick the fruit one over the chocolate one.

Anyways, I hosted a macaron class at my home and it was a success. It was great that everyone who came got hands on practice making the macarons. We made my two favorites raspberry buttercream and a lemon curd.  I checked out a bunch of books from the library that had macaron recipes in them. It was nice to thumb through those and see how creative people can get with flavor combinations (caviar macarons?). I think it really helps when you can see how to macaronage or fold the batter together.

This recipe is from the Bouchon Bakery Cookbook. Thomas Keller uses the Italian method of making the meringue. I was puzzled by some of the amounts listed for their ingredients but he said he decreased the amounts for a home kitchen rather than commercial. I loved how Thomas Keller talked about having a clean kitchen to start with. It’s a complicated cookie so a clean kitchen helps me organize myself so I can prepare these macarons.

A few notes on ingredients and equipment. This is easiest done with a kitchen scale. I’ve attempted macaron recipes without a scale and the results are not consistent. This is a finicky cookie. The humidity(I’ve made these in multiple states), over temperatures, how you mix the ingredients basically everything can affect your cookie. I use to trace circles on parchment paper using small jar lids or anything I could find around the house to make my templates. Then a friend showed me you could just print some templates out and place them underneath the parchment paper and put them in the oven. I love macarons and make them frequently enough that I justified purchasing these silicone baking mats. The mats can be used for other baking recipes as well. About 30 grams of egg whites is equal to one large egg white. 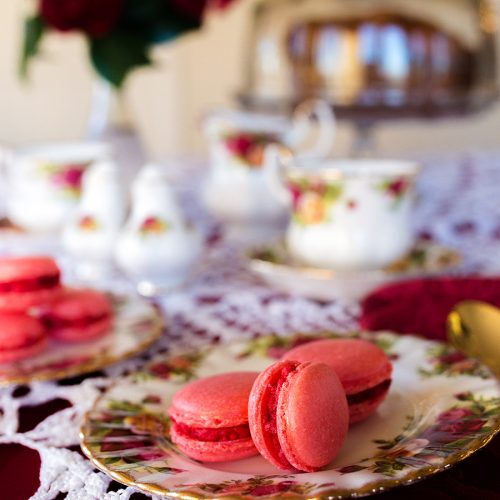 This recipe is adapted from the Bouchon Bakery Cookbook. I had the most consistent results getting "feet" for my macarons when I let them rest for 30 minutes before placing in the oven.
Keyword Italian Meringue, Macarons, Raspberry 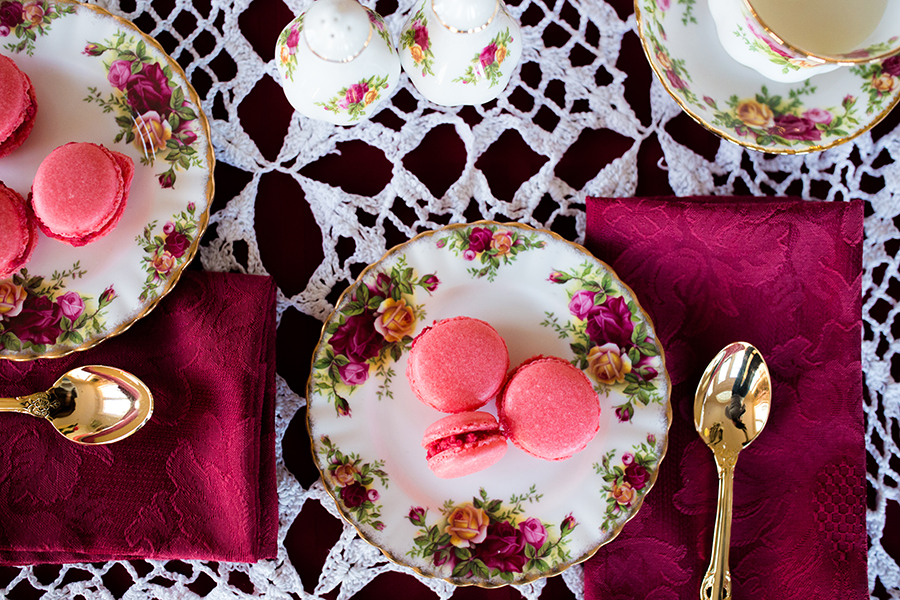 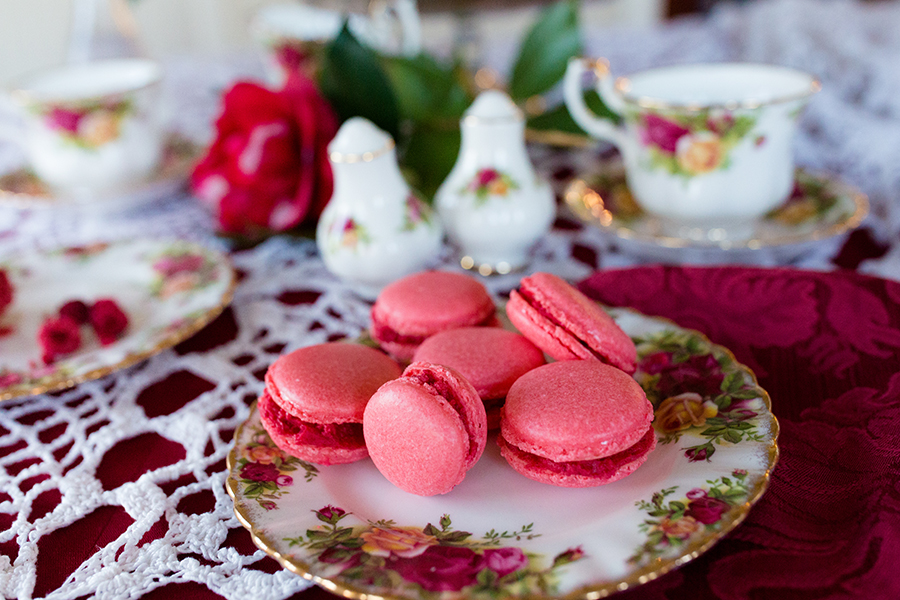