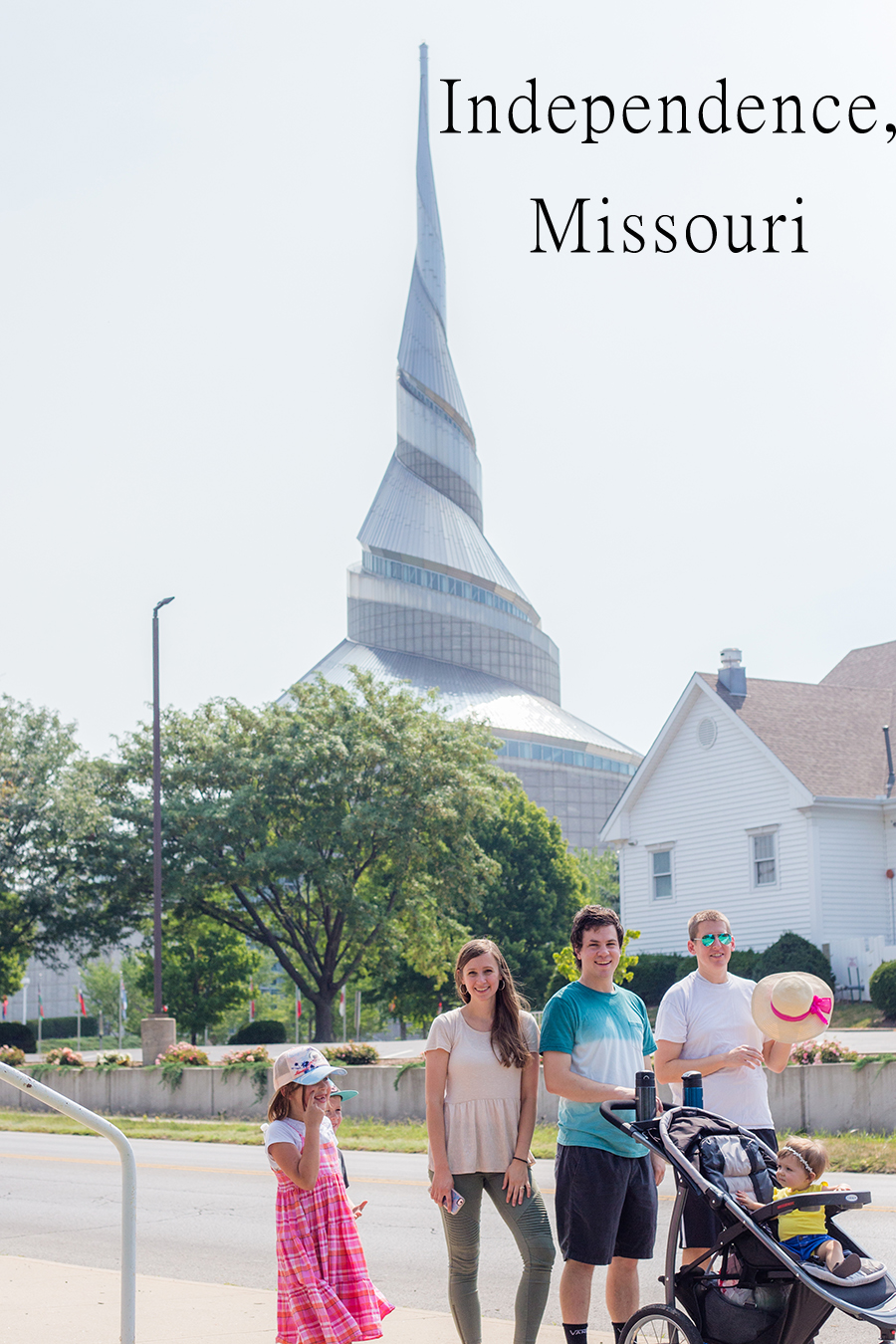 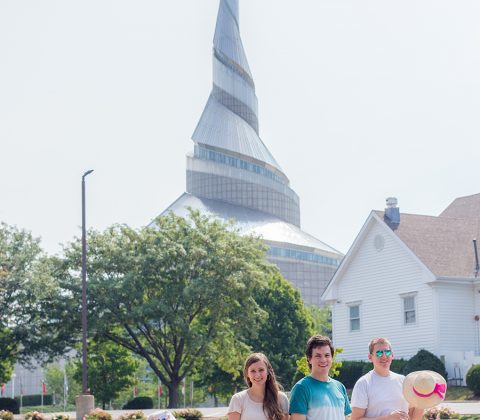 We like visiting presidential libraries so we went to President Harry Truman’s library in Independence, Missouri. I’m always so grateful when there are a few children’s activities at any museum. Then we met up with my sister in law and her family for a walking tour of Independence, Missouri. We saw the outside of the Community of Christ, Temple. We were here on a Saturday and they just do tours during the week (so we missed out seeing the inside of the building). I didn’t realize how many different churches branched off of the Church of Jesus Christ of Latter Day Saints. We  learned about some of the other sects and had the opportunity to walk inside a few of the buildings. We went inside the Church of Jesus Christ of Latter Day Saint’s visitor’s center. I was most grateful for the air-conditioning.

We did a self guided walking tour of Independence, Missouri. I was really glad we did the tour because we stumbled upon this log courthouse. There was a free tour of the building with the guide dressed in pioneer clothing. Even though it was quite warm and I was quite pregnant (third trimester) I think the best way to see a city is by walking around.

After walking around Independence we drove to Liberty, Missouri. At Liberty Jail we did the shorter tour which was sobering to think about the people who were held captive there. 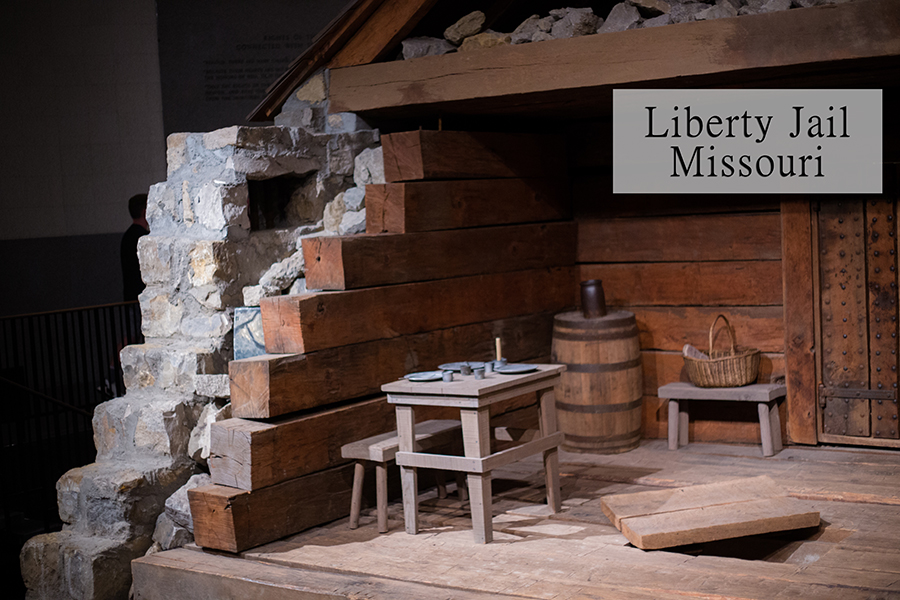 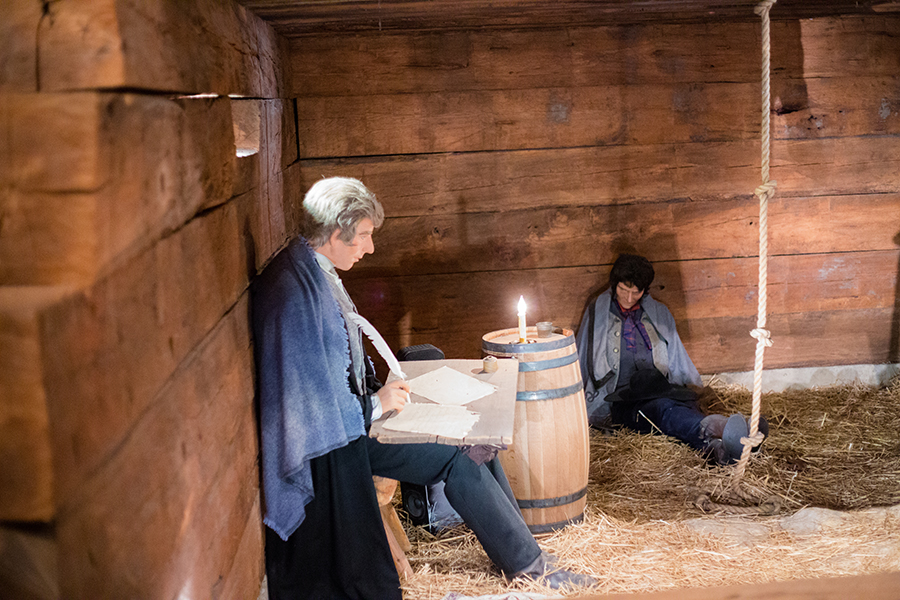 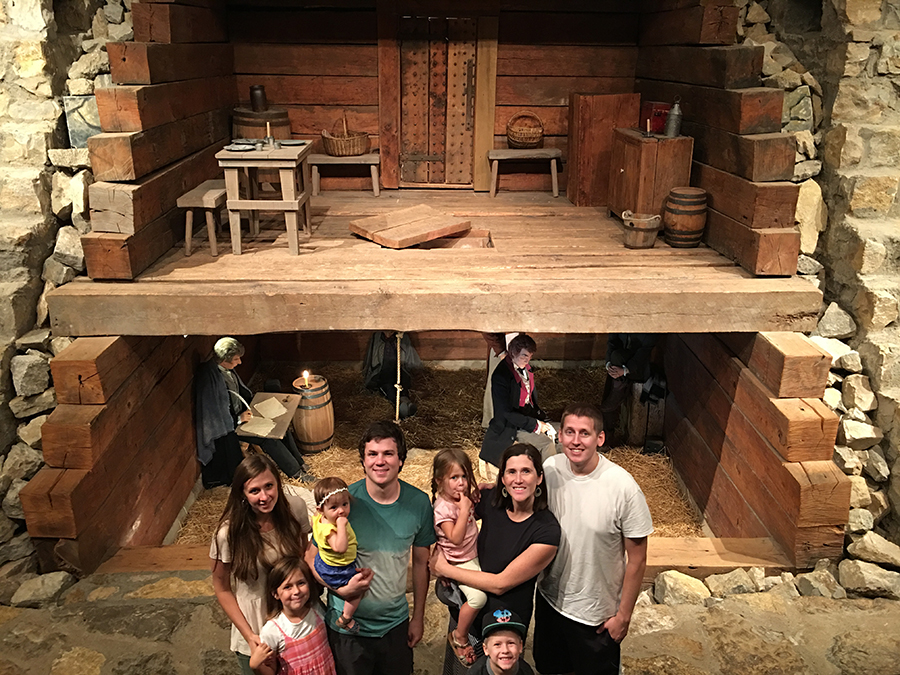 For dinner we went to Joe’s KC Original Gas Station. The BBQ place is actually inside of a working gas station. There was a line and not a ton of seating (Remember inside a gas station) but it was good. We ordered some kid dinner’s off the menu and I wouldn’t recommend that. The portions were quite large. We recommend ordering everything family style so everyone can share a little bit of everything. This is also on Anthony Bourdain’s list of 13 places to eat before you die. It’s the only place on his list I have eaten at. Have you eaten at any of these places? 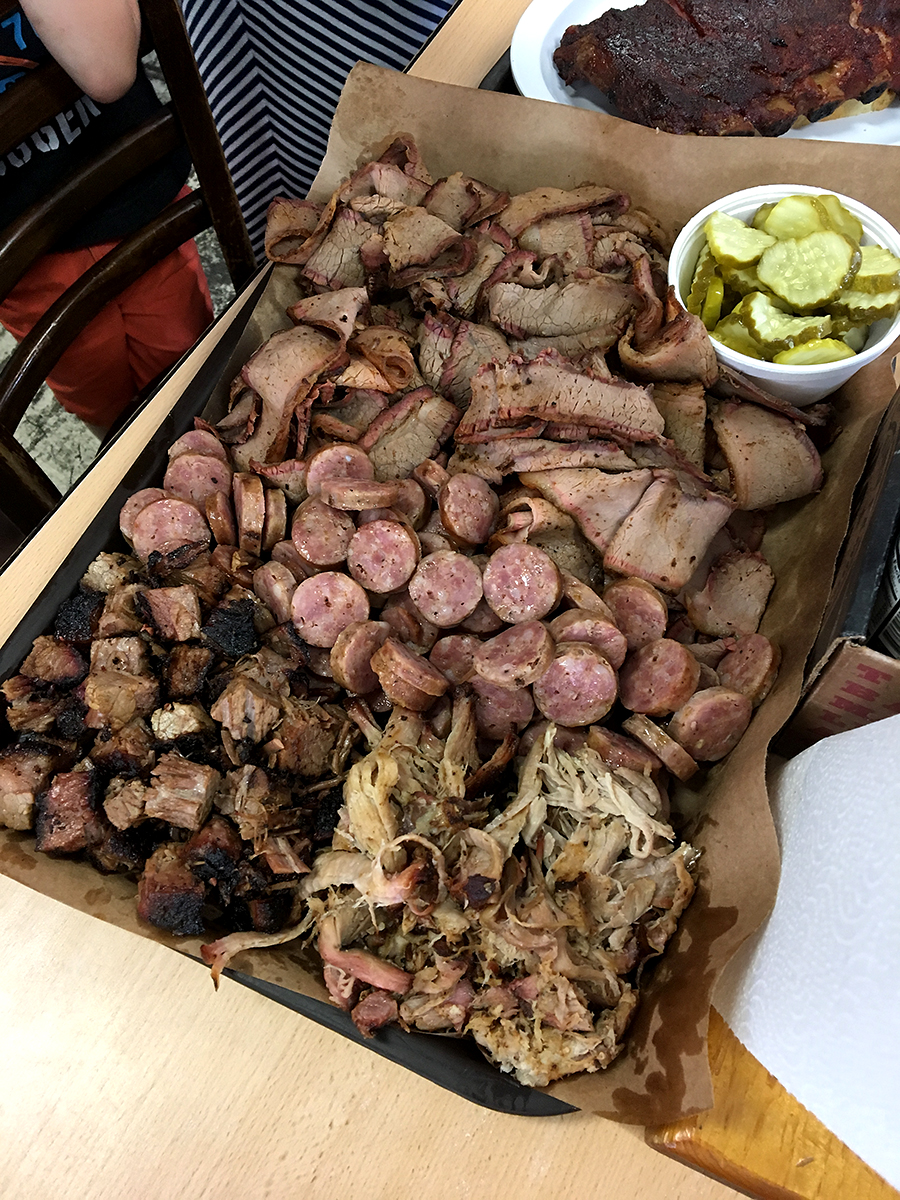 After we had BBQ, we drove to Manhattan, Kansas which was tucked away in the hills (which I wasn’t expecting in Kansas).

On the way back to St. Louis, Missouri, we stopped at Hana’s Donuts. They were great so I wanted to make sure they got noticed. I need to improve my food photography on the fly so I merged a few iphoto photos together to show some of the yummy donuts. 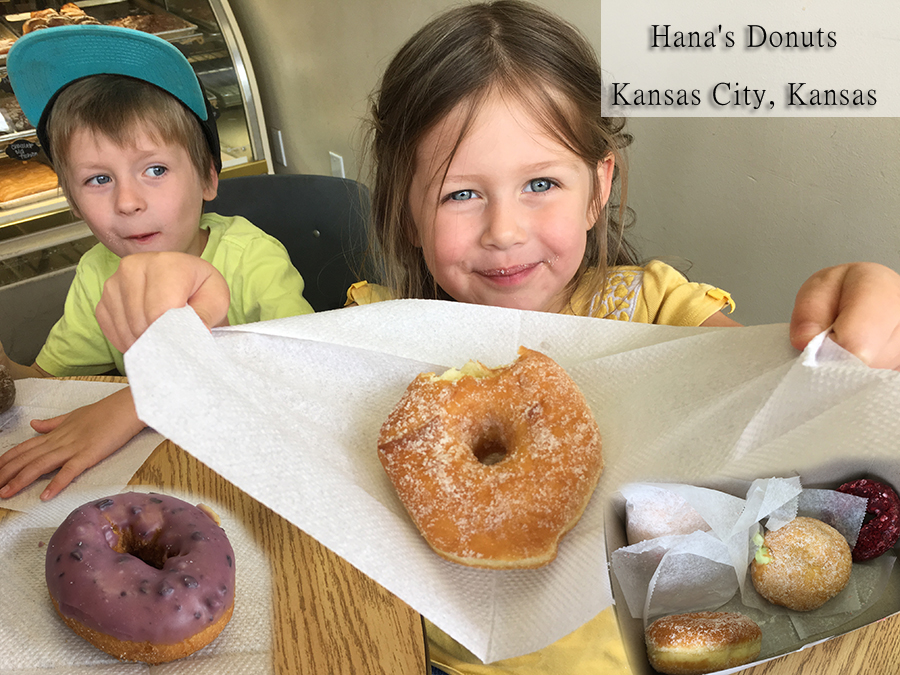 We had a delightful time in Kansas. It was especially nice being within driving distance to see family.