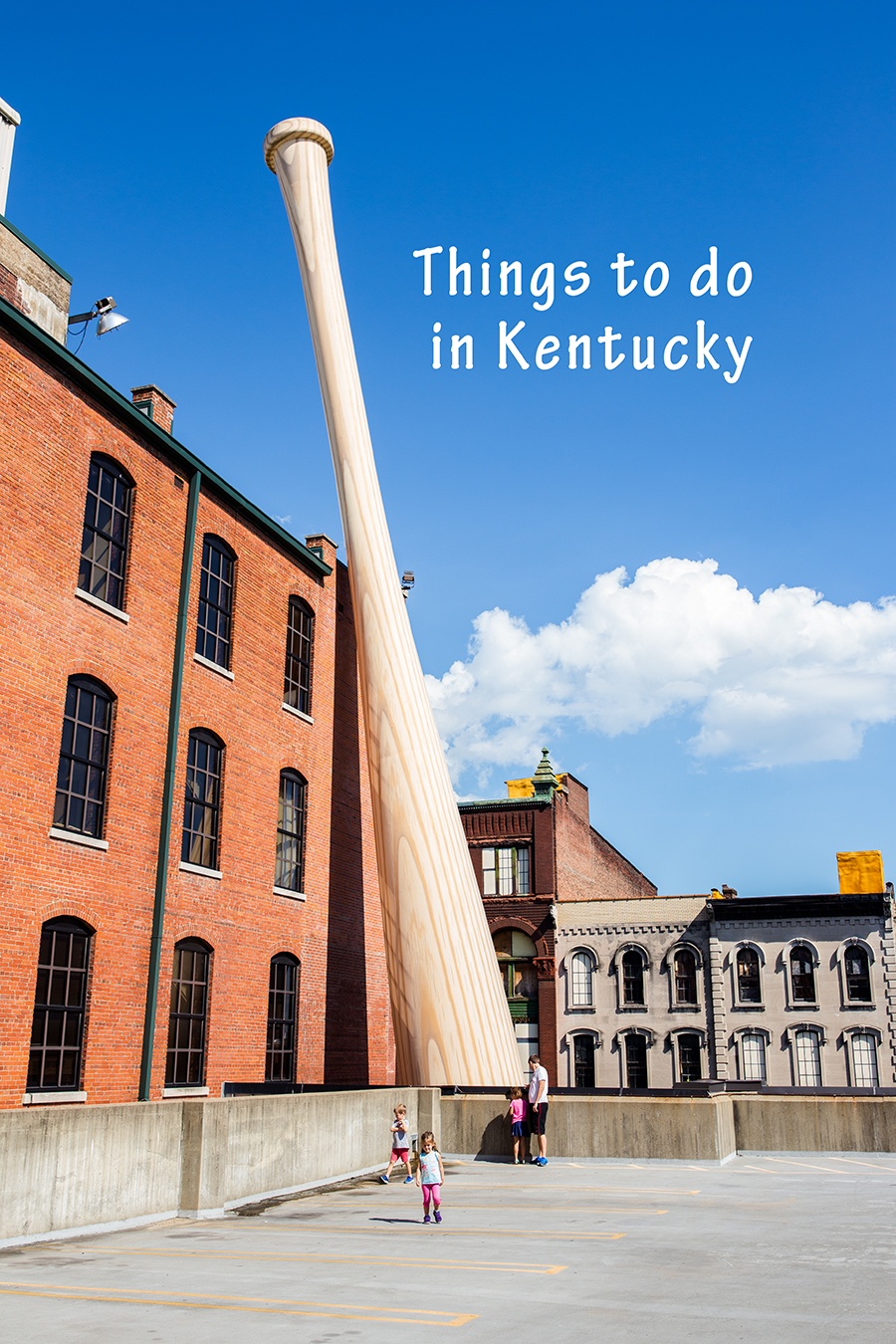 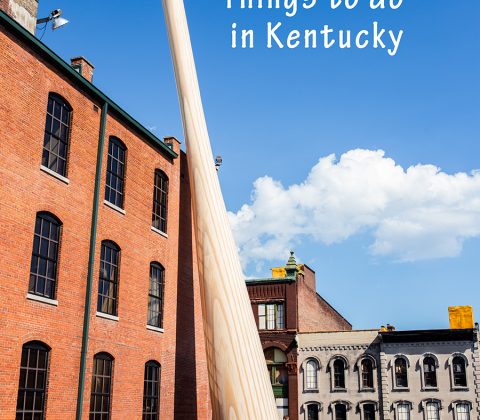 Suggestions for a Weekend in Kentucky

We spent a delightful labor day weekend in Kentucky. We went to Mammoth Cave National Park River, Abraham Lincoln’s Birthplace, Churchill Downs, and the Louisville Slugger Museum and Factory. I was hoping to do a tour at Fort Knox but shockingly they don’t do tours there. We stayed at a Marriott in Bowling Green, Kentucky for one night.  We even had KFC in Kentucky (we are high class we know).

Since we have been to Carlsbad Caverns in New Mexico, we were skeptical on the caves in Kentucky. The caves were so impressive! The cave system is the longest in the world with more than 400 miles mapped! We thought the styx and cave tour looked like a good fit for our family. However, the only tour available was the domes and dripstones tour. So, we booked the domes and dripstones tour- and loved it. Lesson learned– book well in advance. We planned our trip the week before.

We were fortunate to go on a tour because the day of all of the extended tours were sold out. There is a basic walk through part of the cave that doesn’t require advance tickets. As soon as we entered the caves we saw a bat right above our heads. Then there were a series of steel staircases which we descended. Everything felt very safe.

The other remarkable thing about Mammoth National Park were some of the caverns did not have stalactites or stalagmites.  This was due to hard layer of sandstone that water wasn’t able to penetrate. Our tour group was quite large (110 people) and moved slowly. Since the group moved slow we never tired from all of the stair walking. We took a bus from the visitors center to and from the cave entrance. Once we got back to the visitors center, we had to walk through some soap suds. This helped clean off our shoes to prevent the spread of white-nose syndrome (a disease affecting bat populations). The kids thought the cleaning of the shoes was so fun. 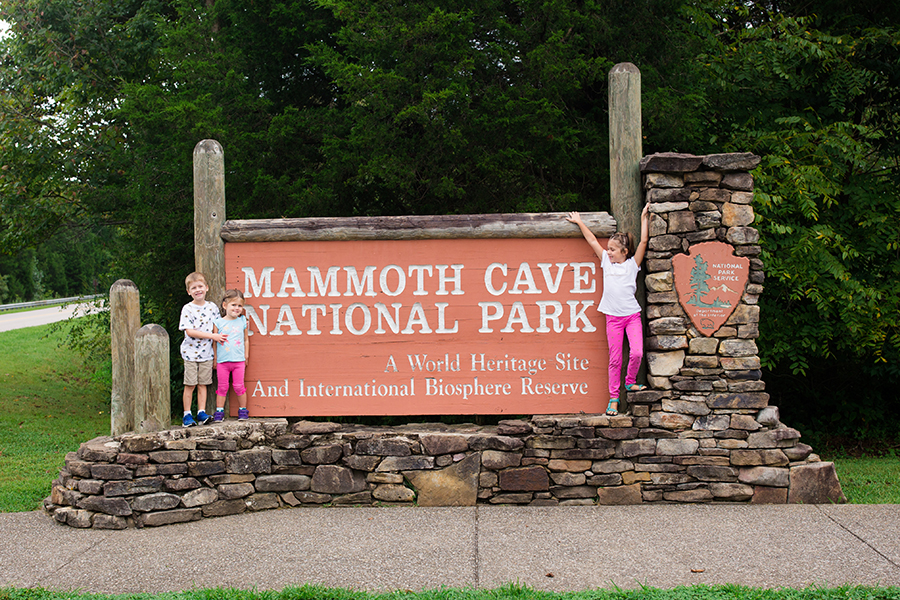 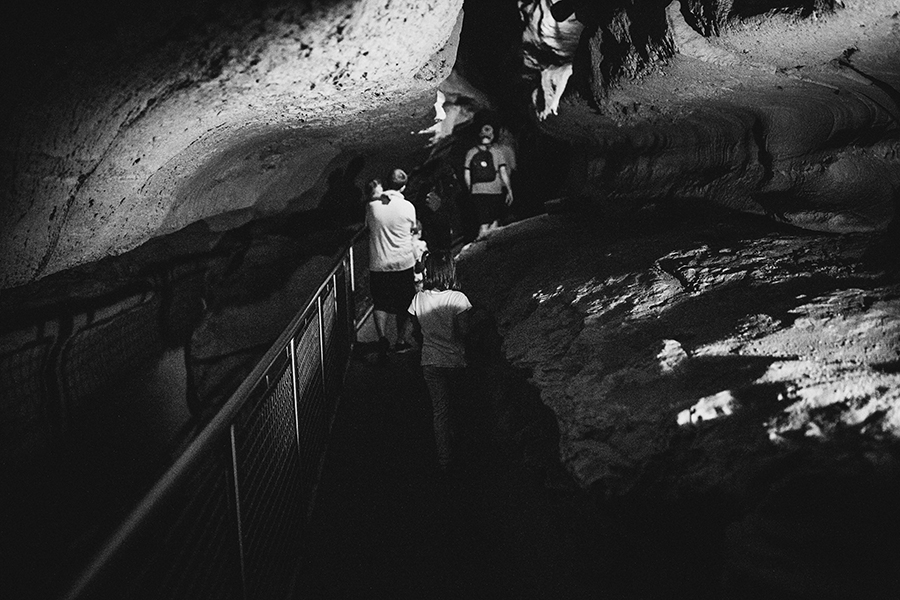 The reason this monument for Abraham Lincoln’s birthplace is so large is it was built before the Lincoln Memorial in Washington DC. At the time it was built it was the only tribute to Lincoln. Now there are a lot of tributes to the 16th president of the United States. I think I’ve always had a interest in Abraham Lincoln because my grandfather had a whole library of books on President Lincoln. It was also really nice that it was not far off the freeway on the way to Louisville from Mammoth Cave National Park. 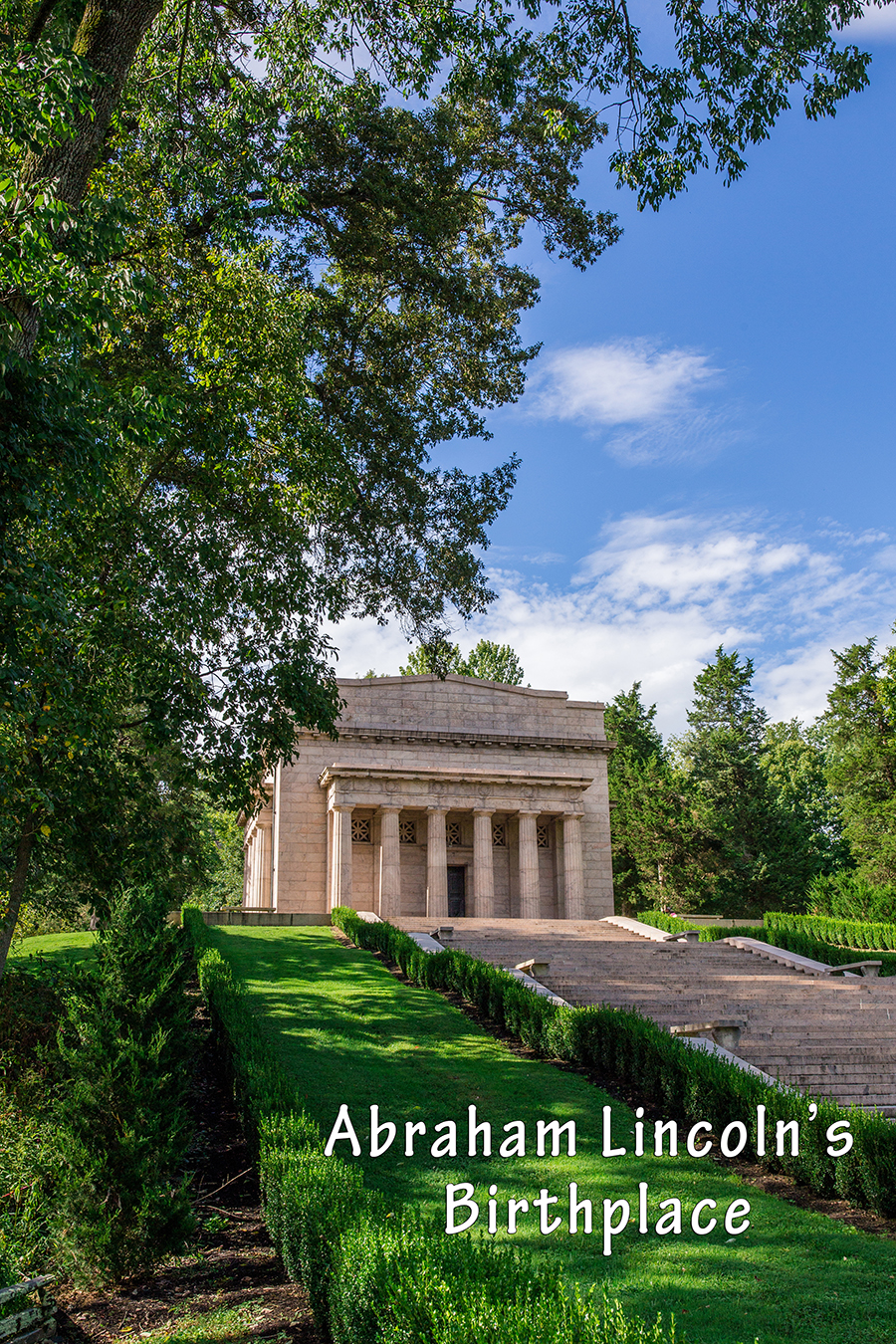 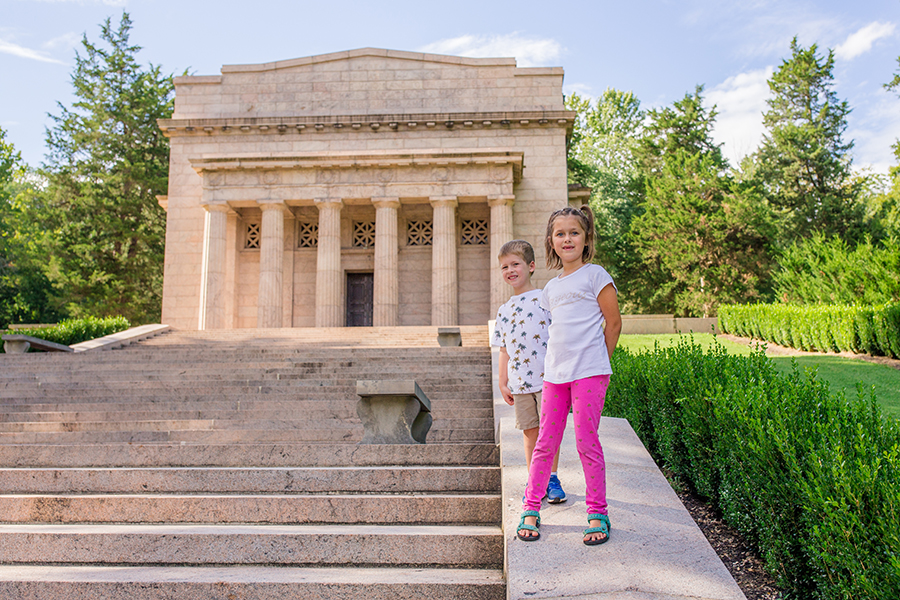 We just took a peak at the race track. We should have stopped at the restaurant and gotten some derby pie. 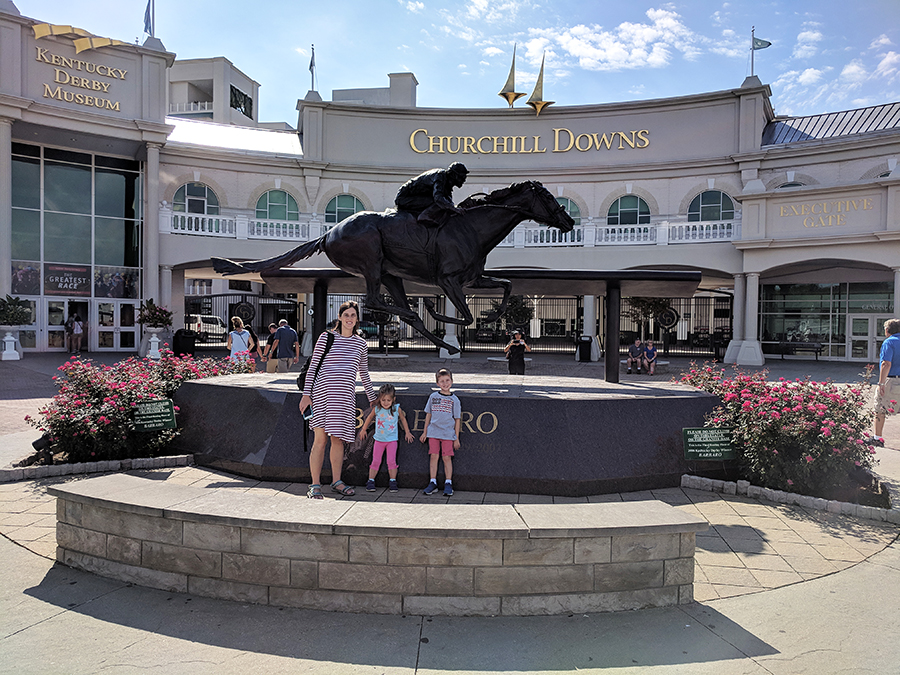 I had no idea that Major League Baseball players went through multiple bat’s a season and spent thousands of dollars on their bats. It was so interesting learning how particular the players were with their bats and how they were able to tailor the bats to make them their own (within certain parameters of course). It was nice to be able to hold a variety of bats and feel the different weights and see that each bat was different.

The kids enjoyed seeing the bats being made and of course receiving their own little wooden bat at the end of the tour. In the museum we were able to pitch baseballs and see how fast our pitches were, we were also able to choose a celebrity bat to hold. I chose a Mickey Mantle Bat to hold since my dad grew up in New York and has one of his baseball cards. Matt chose a Babe Ruth bat to hold. 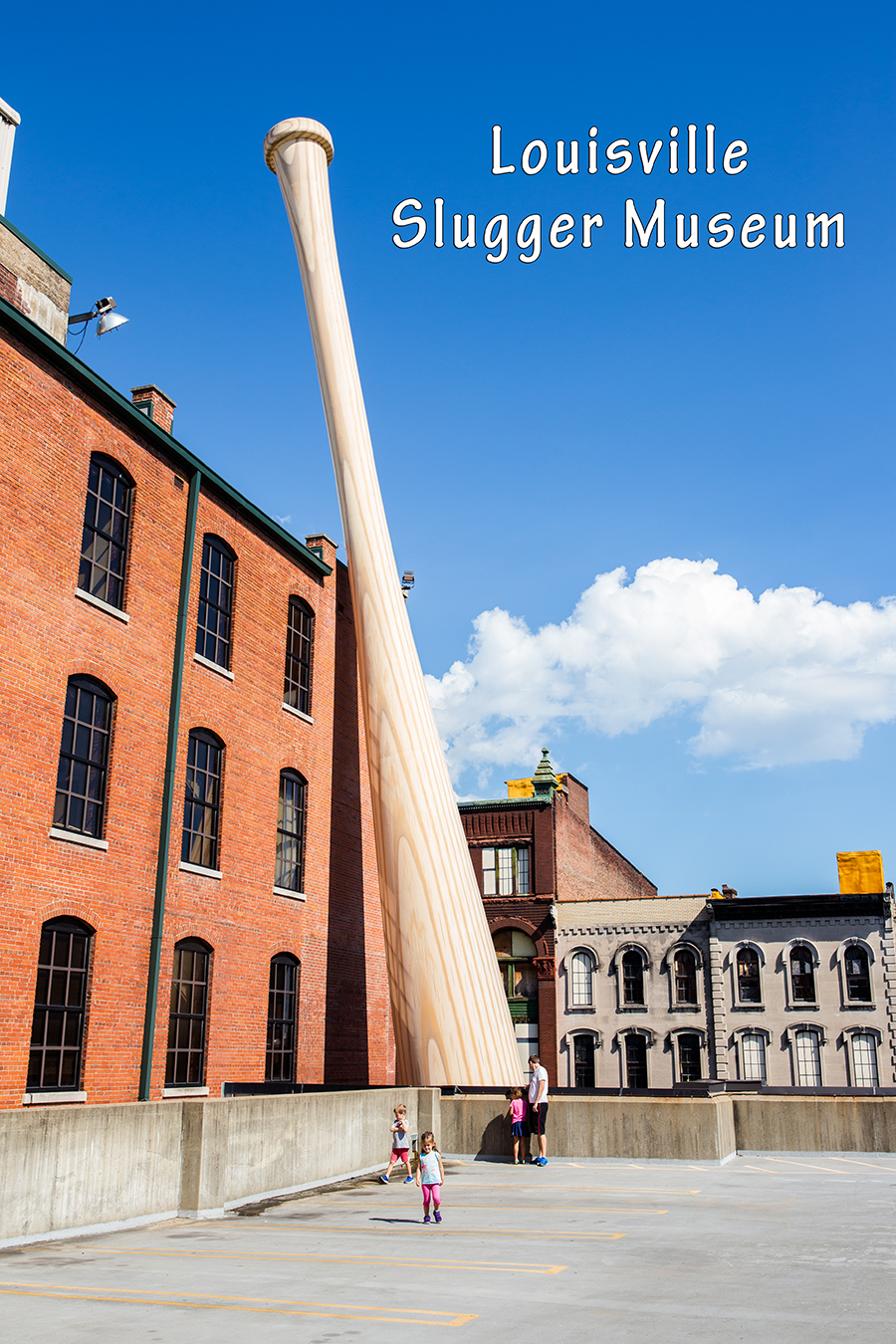 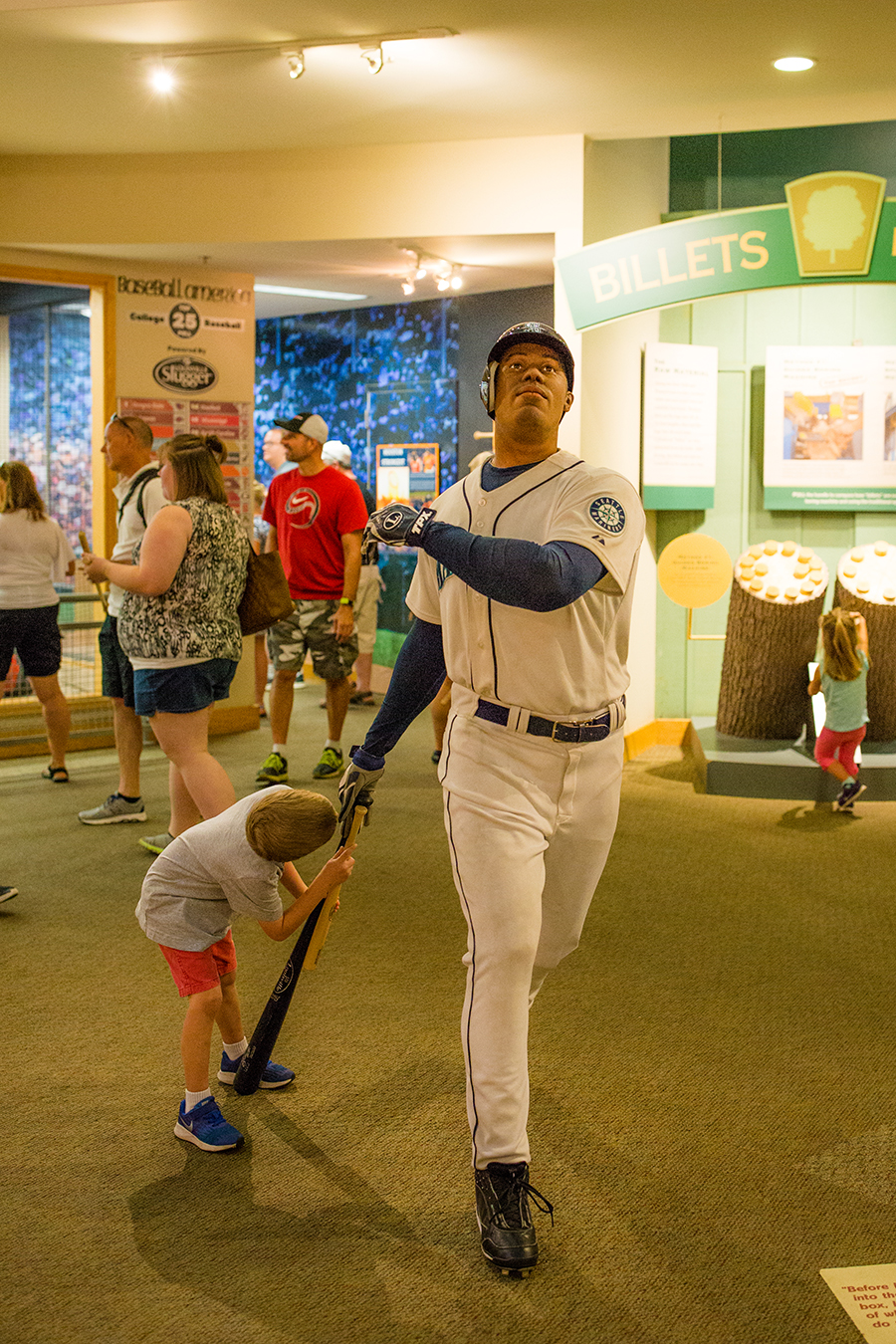 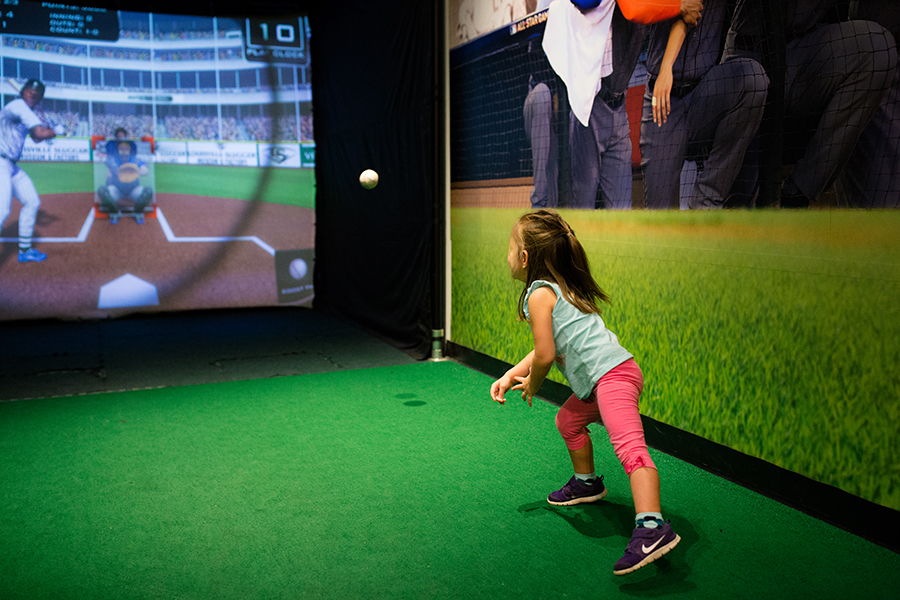 Overall we had a fantastic weekend in Kentucky. Have you been to Kentucky? What did you enjoy doing there?