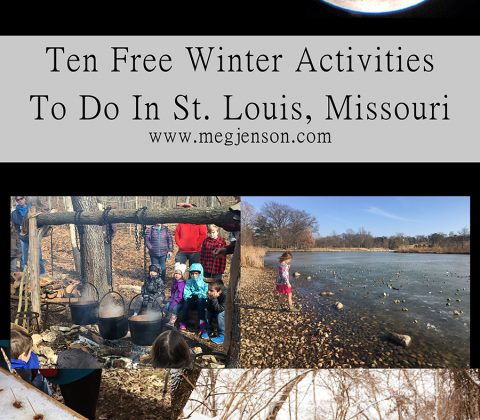 Here are ten free winter activities to do with your kids in Missouri- so you’re not just inside the house all winter. Once we knew we were moving to Missouri- I knew I would have a COLD winter. I didn’t want to complain about it and stay at home all winter. I wanted to embrace it and find fun things to do even in the winter time. We found so many fun things to do in St. Louis.

We were in Missouri during the Polar Vortex and it got as cold -4 F. I read the book “There is No Such thing as Bad Weather,” and that book really emboldened me to face winter head on. I kept thinking there were tons of people who live further north than us and thrived during the winter-so I could thrive in Missouri. Sure enough if you dress warm enough and move around it’s not so bad being outside. I did have to embrace packing all the extra clothes and take into account that dressing myself and four children took a lot more time. Also undressing took a lot of time and cleaning up melted snow inside was just part of the routine. I love being outside and wanted to find winter activities to do.

Ten Winter Activities to do in St. Louis, Missouri

Eagle Sundays and Eagle Ice Festival at the Audobon Center. If we had to pick the HIGHLIGHT of winter it would be seeing bald eagles in the wild. It was so good that I have a separate post about it here.

Winter in the Moods Festival aka the Maple Sugar Festival. This is located at the Missouri Department of Conservation (MDC) Rockwoods Reservation in Wildwood. The whole event was free including the shuttle bus. You have to have the cold weather for the maple sap to come out of the tree. We saw the whole process of how to get maple syrup and tried pure maple sap and maple candy. The maple sap tasted very similar to water. It takes 40 gallons of maple sap to make one gallon of maple syrup. How did the first person who figured out how to make maple syrup know to boil it down for so long?
Maple Syrup is my favorite natural sweetener. The whole tour which was outdoors among the trees was fascinating. I also loved how they involved the Little House of the Prairie books. The maple candy on the snow (that we got to try) is also described in the children’s book. The kids also made crafts out of things from nature (like wood discs) it was a perfect winter activity for our family. The MDC facebook page is a great resource to find out other free opportunities year round. I even saw that they have a free ice fishing class during the wintertime. So much to do and so little time. 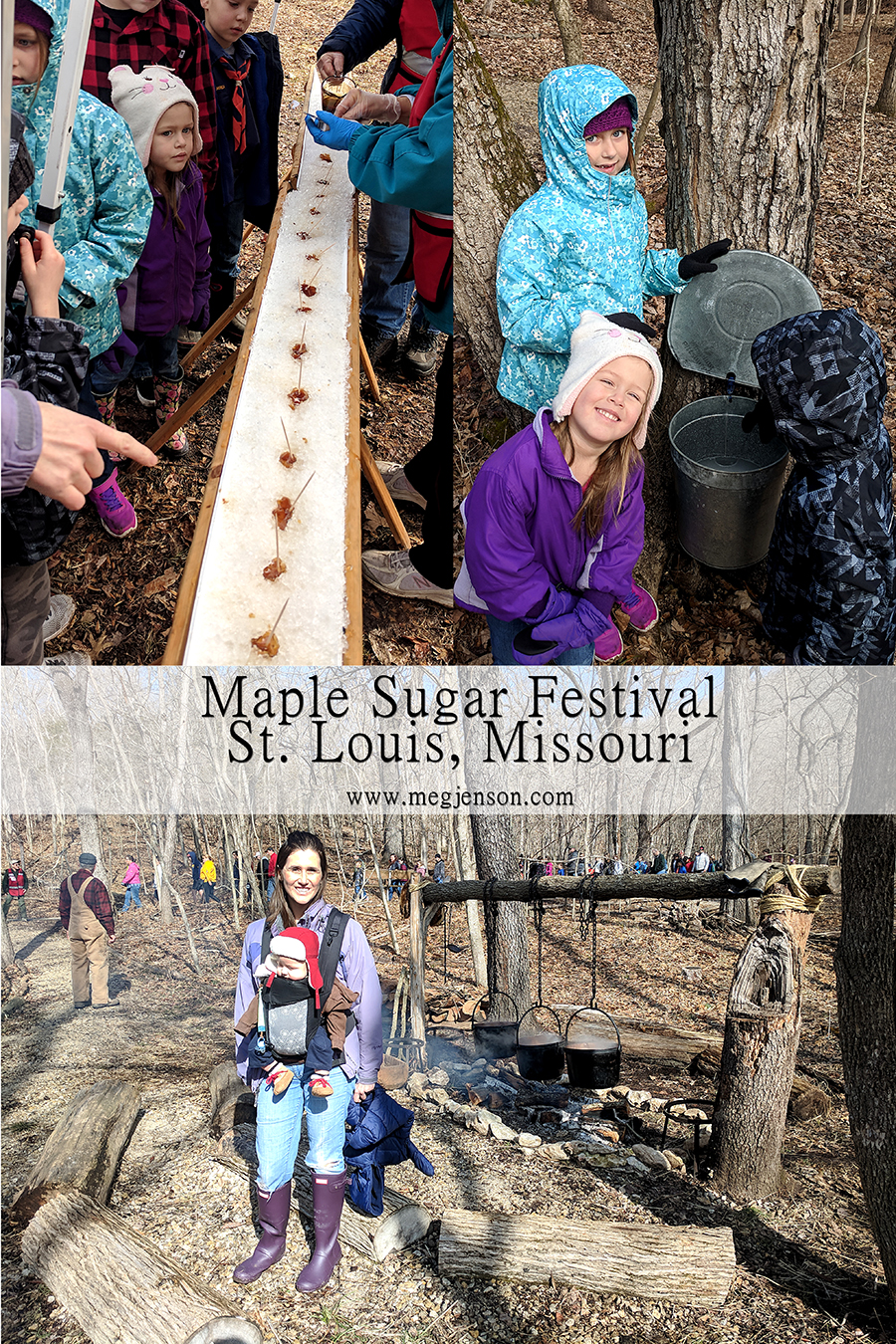 The Loop Ice Festival held in January on Delmar. You can watch how people make ice sculptures right next to Fitz’s. We had dinner at Fitz’s (where you can watch the soda bottle line in operation) after looking at the ice sculptures.

Star and Moon Gazing at Broemmelsiek Park Astronomy Site. My son got a little telescope for his birthday. So, we had our own telescope but you can actually rent them at the library.  Having just moved from the East Coast we were so excited to have less light pollution.

I always try to find a Lion dance for Chinese New Year. My kids love watching it and learning a little more about the Lunar New Year. This performance was at the Richmond Height’s Public Library. 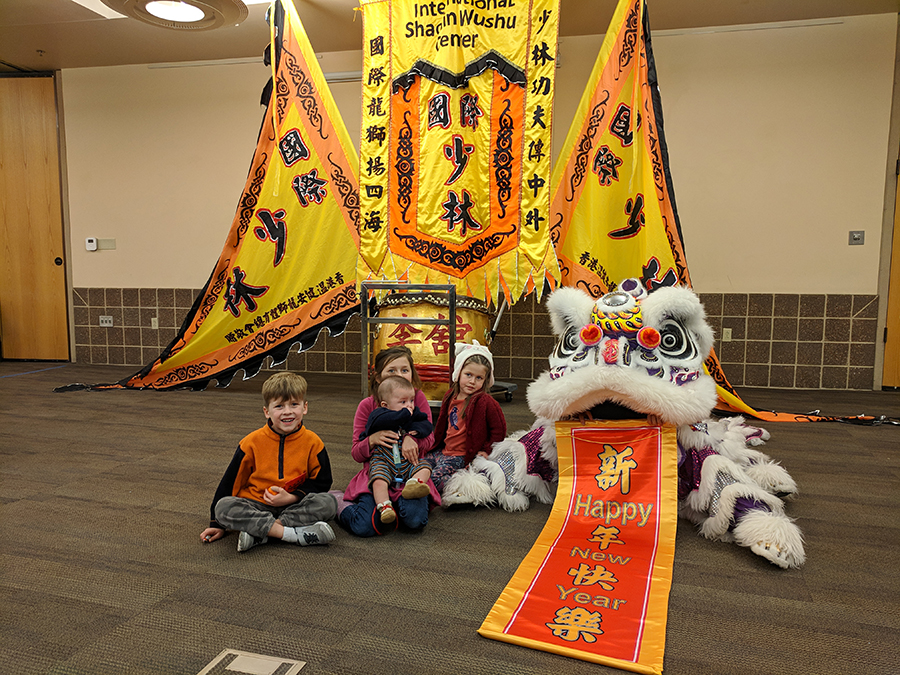 Visit different libraries. The downtown library has a free tour on Saturday mornings and is beautiful. The children’s corner has a fun reading nook. 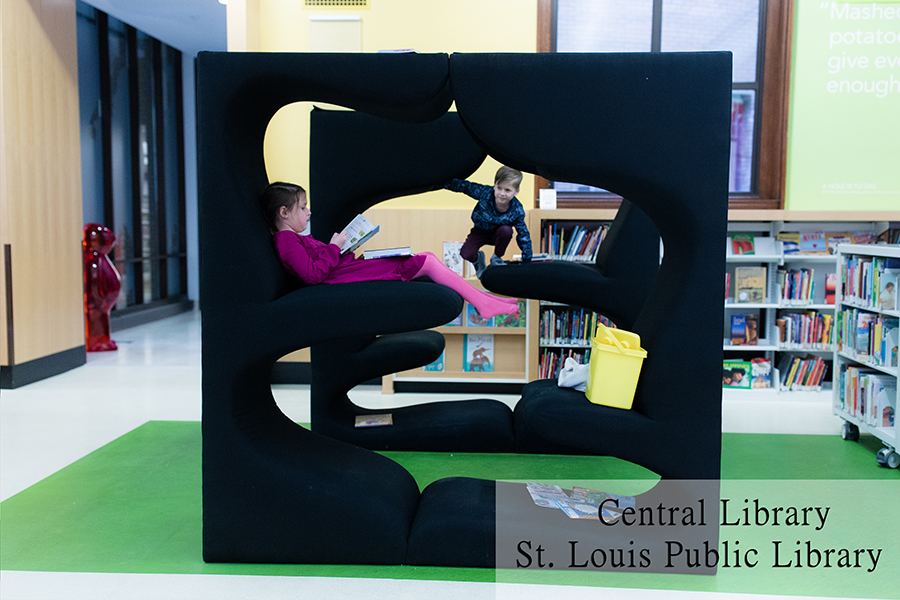 Another favorite library is the Daniel Boone Library. There is a fun and large children’s area with a large touch screen TV with games on it, a little slide, and some hands on toys to play with. By the way I had three library cards in St. Louis.  I had one for the St. Louis County Library System, St. Louis City Library System and the Municipal Library System and I used all three cards! It drove me crazy but it did force me to explore a bit more of the city and county. 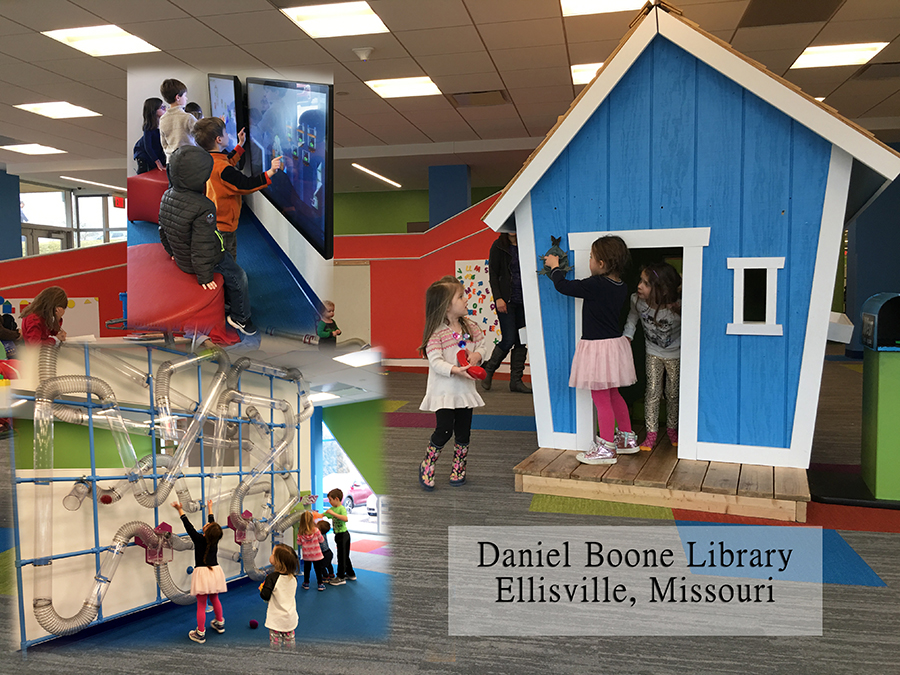 Throw Ice From a Pond. Forest Park never gets old to me. The winter in Missouri yo-yo’s a bit so when it was a little warmer (by warmer I mean 50 degrees) the ice was starting to melt. We were able to break off pieces in the pond and throw it. This entertained us all for a few hours. It’s good old fashioned fun. If I was to tell my Florida self that we would be walking around without a jacket in 50 degree weather I would not have believed it. It’s all about perspective though and 50 degrees never felt so good.

This isn’t always free but we were able to go to the Brentwood Ice Skating Rink for free one evening. Also the Ice Rink at Anheuser-Busch has free admission with the skate rentals donated to the St. Louis Blues 14 Fund.

Play in the snow, snowball fight, snow angels, sled down a hill, build an igloo or snow fort. It snowed four days the one year we were in Missouri. I took ten minutes to bundle every one up and we played in the snow every one of those days. I was surprised at how few people were outside enjoying the snow. It was like having a winter wonderland to ourselves.

Pick a new neighborhood to look at Christmas lights or some old favorites.

11) Visit stores either ones you’ve never been to  or old favorites like Ikea and Target. I always like to window shop.

12) Of course all of the free things to do in St. Louis are always fantastic like the science center, history and art museum, even the zoo.
Would you do any of these activities that have been suggested? What things do you do in the winter time in Missouri? What have I missed? 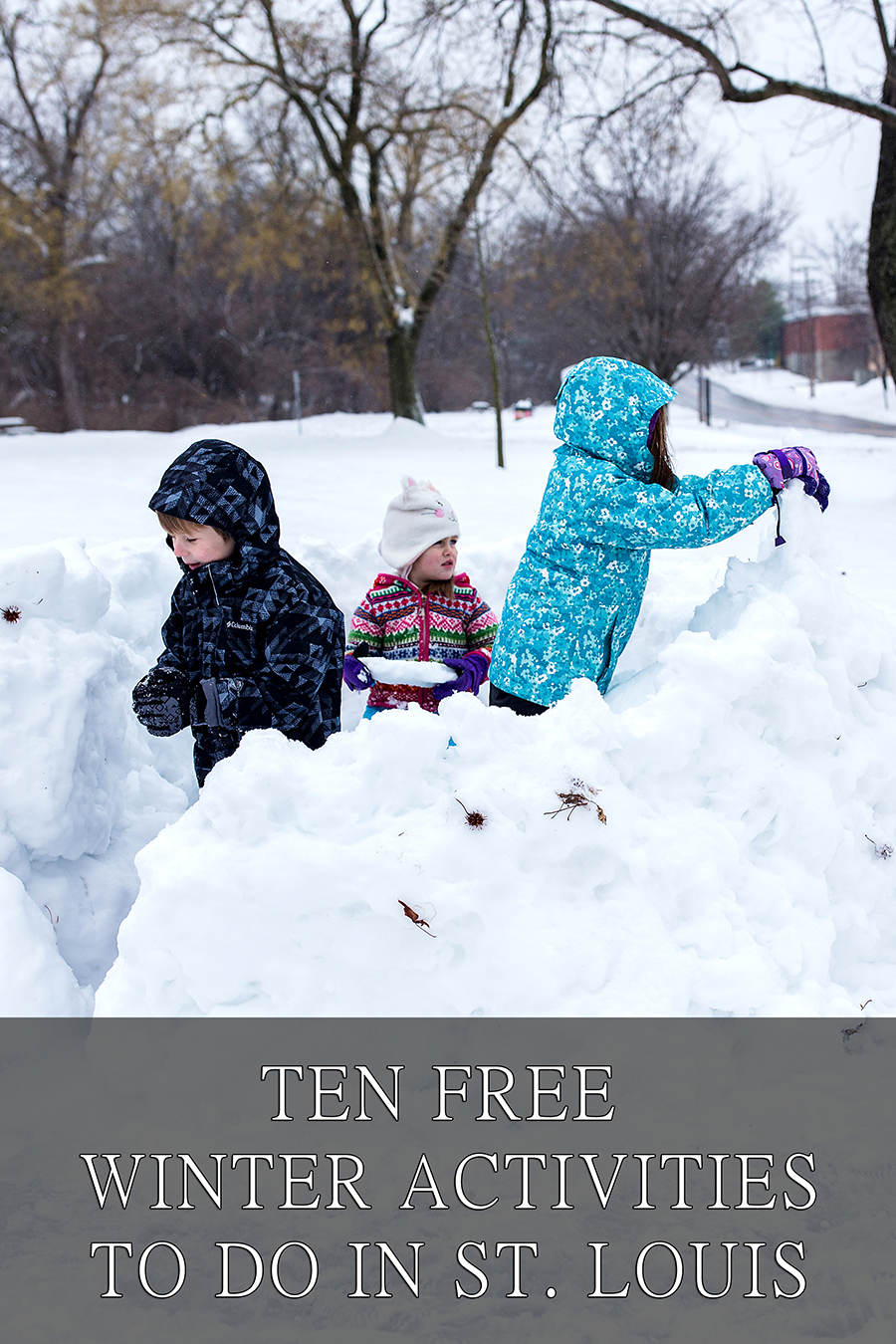